When a decree of divorce is granted in circumstances where it should have never been, how far is the court able to go to prevent unfairness towards innocent parties?

In his most recent judgment on the validity of divorces that have not strictly complied with the Matrimonial Causes Act 1973 – M v P (Queens Proctor intervening) [2019] EWFC 14 – Sir James Munby, sitting as a judge of the High Court, considered the validity of a decree of divorce which had been made despite a clear and obvious error in the petitioner’s original divorce petition.

While still sitting as President of the Family Division, Sir James had been sent a spreadsheet in March 2018 compiling details of cases where defective decrees nisi had been granted, giving rise to defective decrees absolute. One such case concerned M and P, whose case is the focus of this article. After thorough investigation of the court file, Sir James referred their matter to the Queen’s Proctor, together with a number of other cases.

The Queen’s Proctor made an application to set aside the decree nisi and decree absolute of M and P. M and P, who had each since remarried, would have, quite understandably, been gravely concerned by the prospect of their divorce being rendered invalid. It was of concern, too, to the then President, who found no comfort in the fact that M and P’s case (and the others brought to his attention) was a rare and unusual one.

Although long, the background to this matter requires detailed explanation.

The parties married in London on 19 September 2011. After having his divorce petition rejected on three occasions because of various errors, the husband’s divorce petition was finally issued by the Willesden County Court on 26 July 2013.

In the issued petition the husband ticked two boxes at part 5, one against the wording “I apply for a divorce on the ground that the marriage had broken down irretrievably”, the other against the wording “The parties to the marriage/civil partnership have lived apart for a continuous period of at least two years immediately preceding the presentation of the petition and the Respondent consents to a decree/order being granted”.

In the “Statement of Case” at part 6 of the petition, the husband wrote “The respondent has refused to share the same household as the petitioner since the marriage took place on the 19th September 2011.”

Even if it was correct that the wife had refused to live with the husband since the parties married, only 22 months had elapsed between their wedding date and the date that the petition was issued in July 2013; thus the parties could not possibly have lived apart for the requisite period to rely on the fact of two years’ separation with consent.

Despite the seemingly obvious error, and notwithstanding the numerous checks that are purportedly in place at the court, decree nisi was pronounced on 21 November 2013. The usual wording was included as follows: “The Judge held that the petitioner and the respondent have lived apart for a continuous period of at least two years immediately preceding the petition, and that the respondent consents to a decree being granted”.

The husband assuming, quite fairly, that he was in a position to remarry, did so on 26 January 2015 to a Brazilian national in Brazil.

In October 2016 a member of HMCTS staff noticed the error and made Willesden County Court aware of this. The parties were written to and told that “An error has been identified in the process giving rise to the decree absolute (final divorce) in these proceedings in 2014.”

Of the court’s own motion, a hearing was listed and took place before DJ Middleton-Roy on 18 January 2017. The husband attended that hearing, the wife did not. At that hearing, the district judge amended the husband’s petition (and dispensed with the need for service of the amended petition) by substituting the tick under section 1(2)(d) MCA 1973 (two years’ separation with consent) for a tick under section 1(2)(b) MCA 193 (behaviour).

The decree nisi was not amended and it was made explicitly clear in the order of DJ Middleton-Roy that “The decree absolute pronounced on 24.04.2014 remains valid”.

On 24 March 2017, the Wife also remarried in Brazil to a Brazilian national.

Void or voidable – what is the difference?

In bringing its application, the Queen’s Proctor’s argued that both the decree nisi and decree absolute should be held to be void. The parties’ position was that the decrees were merely voidable.

The vital importance in this distinction is that if the decree is void, the court has no choice but to declare it null and void and to set it aside; however, if merely voidable, the court retains discretion as to whether the decrees ought to be set it aside.

The decision of the judge in the present case was of profound importance to both parties; both had re-married in reliance on the validity of the decree absolute.

If the effect of the error was that the decree was void ab initio, the parties would still be married to each other. Consequently, they may well have been considered bigamists in Brazil (where bigamy is a criminal offence, even if there has been a legal oversight), their subsequent re-marriages would have been void ab initio, and it may well have inhibited their new spouses’ ability to be in and/or enter the UK. As observed by Sir James, such an outcome would have caused the parties to suffer “grave hardship, emotional and social”.

In the case of the former, the applicable statute is section 3(1) of the 1973 Act, providing that: “No petition for divorce shall be presented to the court before the expiration of the period of one year from the date of the marriage.” Unless and until a year has passed since the date of the parties’ marriage, the English Court does not have jurisdiction to entertain a petition for divorce and any decree flowing from such a petition will be considered to be null and void (Butler v Butler, Queen’s Proctor intervening [1990] 1 FLR 114, on which more below).

Jurisdiction to grant a decree (assuming that the court has jurisdiction to entertain the petition) depends upon section 1 of the 1973 Act, which sets out the five facts that may be used to prove the ground for divorce.

The exhaustive judgment runs to 127 paragraphs. Much of this is made up of a detailed summary of the case law in relation to void/voidable decrees of divorce since 1948.

Sir James’ decision seeks to distinguish between the relevant authorities, but it is telling – and perhaps of reassurance to us family lawyers looking to navigate this area of law – when he accepts at paragraph 99 that “I suspect that most judges would associate themselves with Sir George Baker P’s weary observation in Dryden v Dryden […] that ‘I find it impossible to discover any clear and logical principle from the decided cases’.”

Following his long analysis of the case law, and after drawing together the threads of (and distinguishing) the relevant cases, Sir James’ ultimate conclusion was that the decrees were merely voidable and not void. His analysis is set out at paragraph 103 and is worth reading in full, but in summary:

The court’s use of discretion

Having found the decrees to be merely voidable, the judge exercised his discretion and chose not to set them aside on public policy grounds. As the judge made clear at various points throughout his judgment, although the initial error in completing the petition was that of the husband, the court (and two judges) had missed this error on at least two occasions prior to granting the decree.

Tying this all together, the judge held that DJ Middleton-Roy had been correct to amend the petition to the behaviour fact. Sir James also exercised his general case management powers to amend the defective decree nisi of November 2013 and substituted the correct wording under section 1(2)(b) MCA 1973.

Plainly, how the court uses its discretion will depend entirely on the circumstances before it. In the present case, the parties were considered to be victims of the justice system, who had relied in good faith on the finality of the orders made by the court, and had sought to move on with their lives with their new partners. For there to have been any other outcome, in the circumstances, would have been grossly unjust.

In his closing comments, the judge went to great lengths to bemoan the wife’s inability to access legal advice through legal aid (without seeking to criticise the Legal Aid Agency itself) and to praise the wife’s counsel and solicitors for taking on the case at short notice and for acting entirely pro-bono.

The following words from paragraph 119 of Sir James Munby’s judgment are forceful and require no further explanation:

“What I was faced with here was the profoundly disturbing fact that P does not qualify for legal aid but manifestly lacks the financial resources to pay for legal representation in circumstances where, to speak plainly, it was unthinkable that she should have to face the Queen’s Proctor’s application without proper representation.

The State has simply washed its hands of the problem, leaving the solution to the problem which the State itself has created to the goodwill, the charity, of the legal profession. For what brought this matter to court was, to repeat, failures, mistakes, by the State, by the court system, and, specifically by judges. Moreover, the application has been mounted by an officer of the State, the Queen’s Proctor. Yet the State has declined all responsibility for ensuring that P is able to participate effectively in the proceedings […] the situation is, it might be thought, both unprincipled and unconscionable.

Why should the State leave it to private individuals to ensure that hapless individuals like P and M, victims of the State’s failings, are able to obtain justice? Or is society in the twenty-first century content with the thought, excoriated well over a century ago by Matthew LJ, that justice, like the Ritz, is open to all? It is deeply wrong and potentially most unfair that legal representation in a case like this, where it is a vital necessity, is available only if the lawyers, as here, agree to work for nothing.”

This article has been published in Issue 200 of The Review for Resolution. 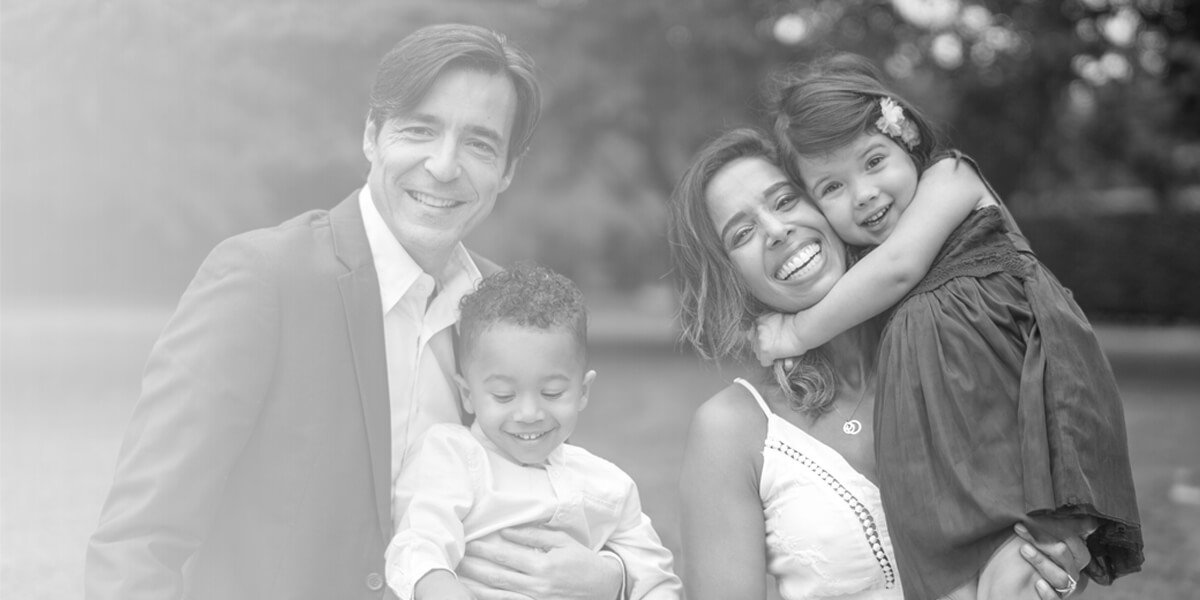 View Is “Personal” Information Ever Actually Personal In The Workplace?