Residential Modular Construction: When will a modular construction project benefit from the VAT zero-rate?

Whilst VAT may not be an obvious issue when considering the feasibility of a modular construction residential project, it is a crucial factor in the context of the sale of a partially built modular construction residential building where ‘Golden Brick’ VAT zero-rated treatment is the desired outcome, as discussed below. This desired VAT treatment is of particular relevance to housing associations and charities, and to developers which sell development projects to these sectors.

Modular construction has been very much in the political spotlight in recent years. In the Government commissioned 2016 report, ‘The Farmer Review of the UK Construction Labour Model: Modernise or Die’, its author, Mark Farmer (Chief Executive of Cast Consultancy) called for “the use of pre-manufactured solutions through policy measures”. In the Autumn 2017 Budget, it was announced that the Government would prioritise use of offsite manufacturing and other modern methods of construction to improve the cost effectiveness, productivity and speed of construction delivery by 2019 across suitable capital programmes where it represents best value for money. And on 19 July 2018, the Science and Technology Select Committee of the House of Lords released its report, ‘Off-site manufacture for construction: Building for change’, which endorsed the use of modular construction to enable the construction sector to meet the need for housing.

In essence, modular construction projects involve the use of factory-produced pre-engineered building units that are delivered to site and (in the context of current residential developments which we are seeing in our practice) are then assembled as a self-supporting structure in its own right. A major cost advantage of modular construction is that the required foundations are generally less costly than traditional construction – this is because the modular units are lightweight (though the foundations of a modular construction project will be determined by the building height and the external cladding used on the building). This is a wholly different construction approach from a traditional ‘bricks and mortar’ project which typically requires extensive excavation to construct a deep structural foundation to support the load of a traditional structure (with its perimeter walls and interior load-bearing walls).

It is this seemingly mundane issue of the status of a building’s foundations which gives rise to important VAT considerations.

The supply of an interest in land (e.g. the sale or lease of land) is VAT exempt (subject to some exceptions, like new commercial buildings). This means that a VAT registered supplier of that land will not be able to recover related VAT input costs. Developers and commercial land owners will often opt to tax land in order that they are able to reclaim those VAT input costs. The effect of the option to tax is that the grant of the interest in the land, and any income generated by the land (i.e. rent) will be subject to the standard rate of VAT. However, residential dwellings and buildings intended for use solely for a relevant residential or relevant charitable purpose (but not as an office) are excluded from the effect of an option to tax (and so would revert to simply being exempt) – which would result in big VAT losses for developers working with housing associations and charities to deliver new homes and charitable projects to meet current demand.

There is however a significant and widely used provision in the VAT legislation which allows certain supplies relating to the construction of certain types of building, and in certain circumstances the supply of land itself, to be zero-rated for VAT purposes (Group 5 of Schedule 8 to the Value Added Tax Act 1994). Zero-rating is different from a VAT exemption, as it means that technically, VAT is charged on the supply, but the VAT is nil. This means the supplier can reclaim its VAT input costs, which would not be possible if the supply was merely VAT exempt. This can be a very significant saving and can determine the commercial viability of a project.

The zero-rating is available in respect of buildings in the course of construction designed as a dwelling or number of dwellings (the ‘VAT Zero-rated supply of a New Residential Building rule’). Zero-rating is also available in respect of buildings which are intended for use solely for a relevant residential or relevant charitable purpose, though the applicable VAT rules here are more complex.

In order to benefit from the zero-rating, a grant of a land interest must be made during (or after) the course of construction, but not before the construction of the building has commenced. Developers will usually want to make this grant as soon as possible, to enable cash flow. Typically a housing association will purchase the land at an early stage and then employ the developer to continue to build and deliver the project – allowing the housing association greater control. So at what stage precisely can the grant be made? There is well established case law determining what ‘in the course of construction’ means – it is not mere site clearance or preparatory works such as digging the trenches. HMRC guidance is less explicit than it once was, and now provides that the zero-rated grant can be made provided simply that the ‘building is clearly under construction’, reflecting the Tribunal’s comments in Stapenhill Developments Ltd (VTD 1593).

With traditional construction projects, this is generally accepted to mean that work should have progressed above the foundation level – which is usually referred to as the ‘Golden Brick rule’. This is usually when walls begin to be constructed upon the foundations.

This ‘bricks and mortar’ approach is clearly not relevant in the modular construction scenario but HMRC’s guidance (in its VAT Construction Manual at paragraph 02390 – ‘Zero-rating the construction of buildings: is a building being constructed: prefabricated buildings and building kits’, which was updated on 7 August 2018) is helpful – this states “for a building to be ‘constructed’ it need not be built entirely ‘on site’. Large components may be made ‘off site’ for assembly ‘on site’. At the extreme, the relocation of a whole building can be the construction of a building on its new site”. In other words, the VAT Zero-rated supply of a New Residential Building rule (as outlined above) can apply to a new residential building which has been built under the modular construction methodology in the same way that it applies to traditional ‘bricks and mortar’, which effectively means that no VAT is charged on the sale but which ensures that the developer is able to reclaim its VAT input costs on such a project.

This will depend upon the actual structural configuration of each such project. For example, in cases where the modular units are supported by a primary structure at podium level (notably, in mixed retail/commercial and residential developments) then the usual ‘bricks and mortar’ test would apply, i.e. at the stage when walls begin to be constructed upon the foundations. In a ‘pure case’ of modular construction then we anticipate that the Golden Brick test should be satisfied at the stage when the foundations are in place and when work to install the necessary locating and fixing mechanisms has commenced (as it is these mechanisms which typically aid the positioning of the units on the foundations). Again, the actual structural configuration of each such project will determine the position. For example, the type of foundations at the site (strip, trench-fill, pad or piled foundations) will have an important bearing. In our practice, we actively liaise with our clients’ engineers in formulating the agreed Golden Brick construction point.

From our experience, we are aware that HMRC sometimes take quite a relaxed view as to when it can be said that a building is in the course of construction for the purposes of the Golden Brick rule. Nonetheless, it is necessary to have the critical contractual evidence in place which shows that the housing association is contracting to purchase a residential building from a developer, which captures the key VAT provisions. At the same time, a well advised developer should ensure that the precise Golden Brick works status is formulated into the contract – this is because the availability of the crucial VAT zero-rated treatment is ultimately determined by the physical state of the construction works and it would be prudent to stay within these case law defined rules.

As a final observation – given that one policy reason behind the zero-rate is to encourage and enable more housing to be built, surely it would be preferable for HMRC to allow the zero-rate to be applied at a much earlier stage in these types of deals between developers and housing associations, recognising that a lot of preparatory work needs to be undertaken before Golden Brick is reached, which impacts viability and cash flow for developers. With the housing crisis rumbling on, now is the time for a pragmatic approach to make the zero-rate policy as effective as it should be. 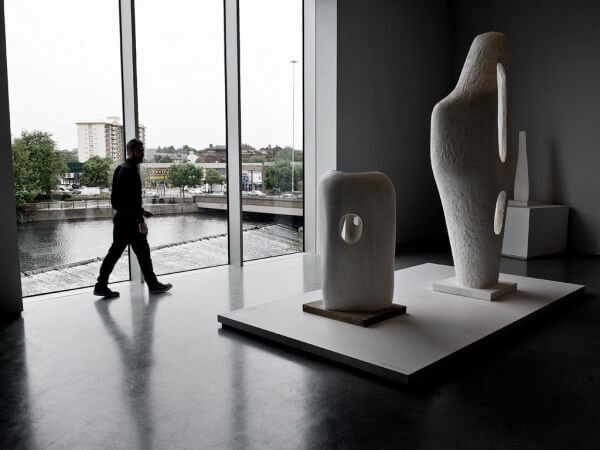