The principle of vicarious liability is, in theory, a very simple one.  In the classic example, an employee is negligent in carrying out their job, they harm a third party, and the employer is legally responsible.

The reality is significantly more complex and, in 2020, this simple idea has been pressed to its limits by a number of key decisions from the Supreme Court in particular.  Given that understanding potential liabilities is a key aspect of risk management, what can employers take away from this year’s cases and is there any prospect of the busy case law settling soon?

Who are we responsible for?

The first step in establishing vicarious liability is to find a relationship between (a) the wrongdoer and (b) the organisation which justifies holding the latter liable.

At one end of the spectrum, the relationship between employer and employee is clearly strong enough to lead to legal responsibility.  At the opposite end, traditionally an organisation has not been responsible for self-employed independent contractors.

However, that orthodoxy has been challenged in recent years by courts treating certain relationships ‘akin to employment’, such as that between a religious order and its members in Various Claimants v Institute of the Brothers of the Christian Schools [2012] UKSC 56 (the ‘Christian Brothers’ case).  Moreover, the world has moved on considerably from some of the key decisions of the early 20th century.  Even setting aside developments such as the gig economy, the relationship of ‘master and servant’, whereby the employer exerts near-total control over the employee, is no longer an accurate depiction of many jobs.

In this context, the Supreme Court received the case of Various Claimants v Barclays plc [2020] UKSC 13, concerning a doctor who had been engaged between 1968 and 1984 to conduct medical examinations of prospective employees of Barclays bank.  The doctor sexually assaulted the candidates, many of whom were young women at the time.  It was clear that he was not employed by the Bank; he had no retainer, being paid per examination, and this was a relatively minor part of his overall practice.  However, by the time of the claim his estate had been administered and the Claimants’ only plausible recourse was through the Bank, using the Christian Brothers case.

In response, the Supreme Court reaffirmed that the appropriate test was not to look at policy factors such as the Bank’s ability to pay – it was simply to ask whether the relationship was ‘akin to employment’.  On the facts, this was not true of the doctor and accordingly the Bank was not liable.

From one perspective, the decision is an important restatement of the longstanding legal principle that there is no vicarious liability for independent contractors.  On another, it is notable that both the High Court and the Court of Appeal had found that the Bank was vicariously liable, and therefore there is clearly scope for differing views.  Moreover, while disavowing an approach based solely on policy factors, it was said that they ‘may be relevant in deciding whether workers who may be technically self-employed or agency workers are effectively part and parcel of the employer’s business’.

Lady Hale also briefly considered whether vicarious liability might follow the statutory definitions of the Employment Rights Act 1996, applying to so-called ‘limb (b) workers’ but not the self-employed. However, she said that it would be ‘going too far down the road of tidiness’ to make this distinction.  While that may be so, the current test of whether a role is ‘akin to employment’ seems only to lead us back to the difficult question of what employment looks like.

Are we responsible for what they have done?

Traditionally, the question was whether the employee was still performing their role, albeit in an unauthorised way.  The law moved forward substantially to allow employers to be liable for intentional wrongdoing in the case of Lister v Hesley Hall [2001] UKHL 22.  In that case, the warden of a school boarding house had committed sexual misconduct with children.  The House of Lords found that the employer was liable because there was a ‘very close connection between the torts of the warden and his employment’.

Defining this close connection has proved to be challenging in practice and, nearly two decades later, the issue came back to the Supreme Court in WM Morrison Supermarkets plc vs Various Claimants [2020] UKSC 12.  This case concerned a disgruntled employee of Morrisons, who sent the payroll data of almost 100,000 of the supermarket’s employees to three newspapers, claiming to be sourced from an online data breach.

The claimants, a group of current and former employees, sought to hold Morrisons vicariously liable for a number of wrongs.  However, the claims failed on the issue of close connection, which must be established by reference to ‘principle’ and previous cases.  The taking and misuse of the data was clearly a ‘personal vendetta’ and was not furthering the employer’s business, so vicarious liability did not arise.  However, this appears difficult to reconcile with Lister.

Furthermore, this decision comes only four years after the last significant Supreme Court decision on the matter (also involving Morrisons) and much of the judgment was devoted to interpreting that previous case.  Overall, it seems probable that the idea of a ‘close connection’ will continue to require fine judgments and produce litigation (as seen in last month’s Need to Know).

It is unreasonable to expect a test which addresses every conceivable situation in the world of work.  Equally, it is not fair or appropriate to expect judges to legislate.  However, the tests of ‘something like employment’ and ‘sufficiently close connection’ still leave us searching for thresholds and invite test cases.  Unless the courts go further and explain the policy rationale for vicarious liability, the string of high-level appellate case law could continue into 2021 and beyond. 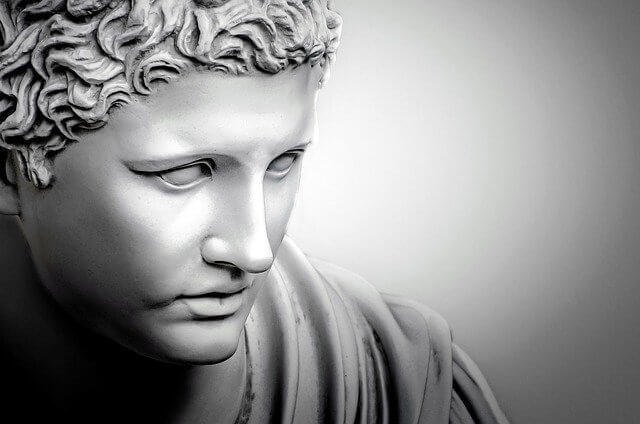