Spiralling energy prices have put into the spotlight the UK’s need to develop its energy infrastructure, and development of transport infrastructure is needed to meet the UK’s net zero targets. So what progress is being made to address these needs?

Progress was made in 2021 in policy development. The Net Zero Strategy and the Levelling Up White Paper were published, and the Environment Act became law. Beyond that, the NIC’s view is that “overall progress against key goals over the past year has been too slow”.

Here’s our brief summary of the NIC Report’s findings in two key areas: energy and transport. 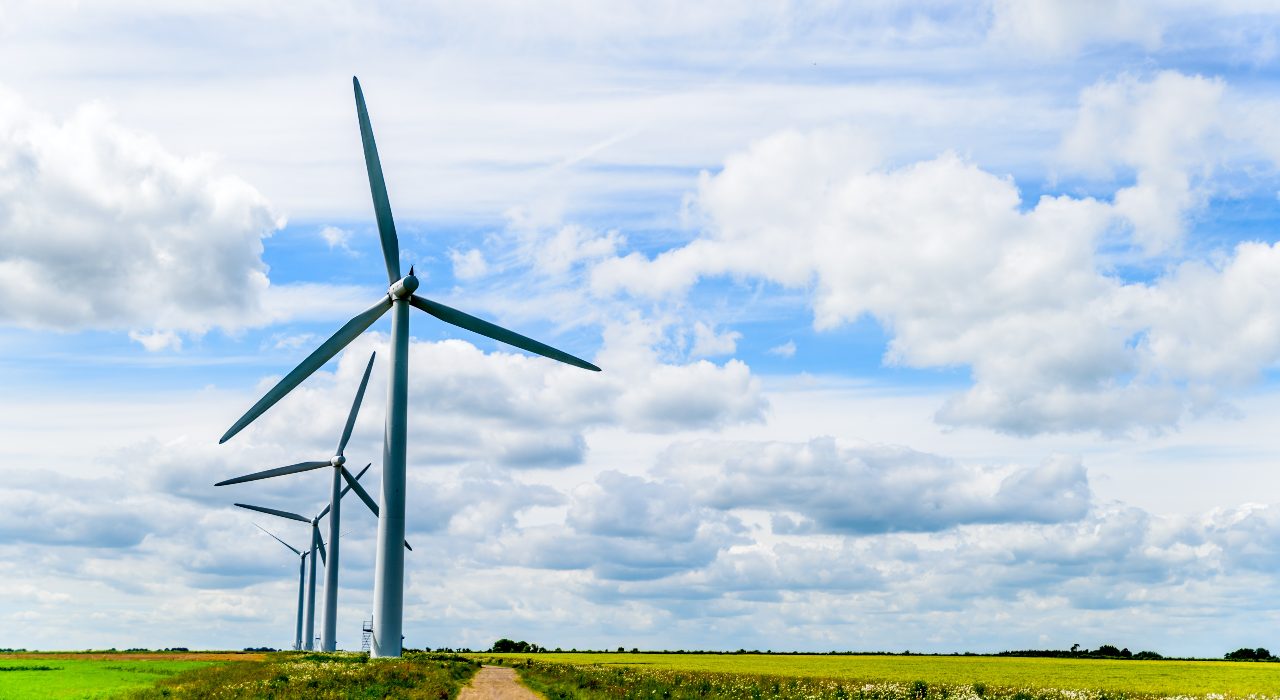 The NIC reports a 6% increase in 2020 in the percentage of the UK’s electrical supply which came from renewable energy – up to 43% – with a slight drop expected in 2021, due to there being lower levels of wind. Although this is a positive step, the report points out that the government has stated an ambition of a net zero electricity system by 2035, whilst ensuring security of supply.

A net zero electricity system by 2035 is an ambitious target. In 2021 44.8% of the UK’s electricity was generated from fossil fuel sources, so there is a long way to go if we are to achieve net zero in just over a decade. The rise in energy costs and the energy security issues that have been highlighted by the war in Ukraine should act as a catalyst to drive investment in renewables and green energy sources. From an energy security point of view, renewables within a country’s own territorial limits have an obvious advantage over fossil fuels sourced from elsewhere.  For now, the electricity grid is heavily reliant on fossil fuels, and simply increasing renewable sources of energy will not be enough to achieve a net zero electricity system. Previous policy documents have identified a desire to advance offshore wind provision and this is highlighted in the NIC Report. It also points out that the government is progressing a new large-scale nuclear project to Final Investment Decision by the end of this Parliament.

There is also the problem with renewable sources of energy of matching electricity supply to demand, throughout the day and seasonally. Solar and wind energy rely on the weather being sunny or windy. Currently when these energy sources drop off, gas power plants can quickly be fired up to meet any drop in supply from renewables. But what will happen when more of our energy comes from renewables – how will fluctuations in supply and demand be met? This is not directly addressed in the NIC Report. Existing technologies for energy storage will need to be developed at scale to address this problem and clear direction is needed from the government on this.

The NIC’s view is that “renewable generation needs to increase significantly”. From an infrastructure planning perspective, this is likely to mean influx of development consent order applications to provide the necessary statutory consents for on and offshore wind or other energy generation sites. Given that from pre-application to completion of an offshore wind farm can take nearly a decade from pre-application consultation through to becoming fully operational, these projects have long lead-in times under the current consenting regimes, and the government may well look at ways of streamlining the process. Statutory undertakers will also want to keep an eye out for these projects and as far as possible make sure they have the resources to deal with an increase in new projects.

A positive which the NIC has highlighted is that the government has committed for the first time to using engineered greenhouse gas removal technologies and has set an ambition for deploying such carbon capture and storage networks by 2030, in line with the NIC’s recommendation on this.

The EN-1 Overarching National Policy Statement for Energy already explores the need for carbon capture in relation to development consent applications for fossil fuel generating stations and the government’s desire to lead international efforts to develop carbon capture, utilisation and storage. There will need to be further rapid progress in this area if the government is to meet the 2030 deployment target.

The report identifies the government’s Levelling Up White Paper as “ambitious in its scope and aims”, specifically in relation to transport, although it also points out that it does “lack specificity”. In order to achieve the desired improvements in local transport infrastructure, the NIC suggests a need to develop “a pipeline of mass transit networks for urban centres outside London” and this needs to go well beyond the commitment for a new mass transit system for West Yorkshire. Quite how and when such a pipeline might be developed remains to be seen.

The report does give the Integrated Rail Plan as an example of a sensible, adaptive approach to set out such a pipeline of investments, but is less positive about progress on the Oxford-Milton Keynes-Oxford Arc. After the cancellation of the Oxford-Cambridge expressway, it urges the government to continue with all phases of East West Rail. With the Oxford to Bicester stretch constructed and the Bicester to Bletchley section under construction, focus will turn to the Bletchley to Bedford and Bedford to Cambridge stretches, both of which were the subject of consultation last year.

The NIC seems to consider further devolution to local areas as the best method to progress the necessary improvements in local infrastructure. The government will need to work through the practical implications of how devolution might work, and whether it is in favour of devolving power. Many of the urban centres outside London are under Labour leadership, and if a Conservative government is going to fund major local transport improvements, it may not feel enthusiastic about ceding powers to allow local Labour governments take the credit for delivering them.

To put that figure into perspective, the number of EV charging points installed in the UK by the end of 2021 was just 28,000. According to the IEA’s Report on Energy Efficiency 2021, this is a growth from just over 6000 in the UK in 2016. That is a growth of 22,000 charging points over the last five years, compared to a growth of up to 450,000 charging points that will be required over the next decade. Combining this with the DfT’s target for 2030 and its published data on installations, the diagram below illustrates the scale of this challenge.

Based on data from Department for Transport’s ‘Electric vehicle charging device statistics: January 2022’

Early installations have largely been in places that are the low-hanging fruit of the EV charging world – city centres and existing fuel stations – and rolling out EV charging points across the country is a considerable challenge. The NIC identifies the particular issue of a lack of charging points in rural areas, which is illustrated in the map below, taken from the Department for Transport’s ‘Electric vehicle charging device statistics: January 2022’. 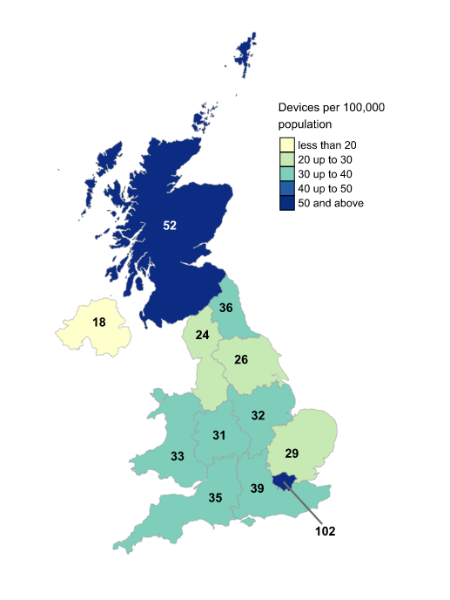 One of the NIC’s key criticisms is an apparent lack of clear goals and the concrete plans needed to achieve them in order to meet the government’s target for 100% electric new car and van sales by 2030. It urges the government to publish a comprehensive plan soon.

With rapid expansion required both in the uptake of electric vehicles and in the expansion of the EV charging network, this is a key opportunity for growth. So far growth has been slower than needed, so direction and encouragement will be needed from the government to shift consumer and industry practices if the UK is to meet its current targets for electric vehicles.

View The energy price crisis: Why careful procurement is important