The Employment Tribunal held in Forstater v CGD Europe & ors that a belief that sex is biologically immutable and cannot be changed does not constitute a ‘philosophical belief’ within the meaning of section 10 of the Equality Act 2010.  Leah Caprani explains the potential impact of this case on employees’ rights to freedom of expression.

The Claimant, Ms Forstater, began working as a research consultant for the Center for Global Development (“CGD”) in 2015. She has always maintained an active personal social media presence and began tweeting regarding the proposed self-identification reforms to the Gender Recognition Act in August 2018.  Ms Forstater believes that sex is biologically immutable and that there are no circumstances whatsoever in which a person can change from one sex to another.

In early October 2018, the CGD received several complaints from employees regarding Ms Forstater’s “gender critical” opinions and “transphobic” tweets including ‘transwomen are men’ and ‘women means adult human female’. Ms Forstater’s consultancy agreement was not renewed in December 2018 and she brought a Tribunal claim for direct discrimination on the grounds of her belief.

At a preliminary hearing in December 2019, the Employment Tribunal considered whether Ms Forstater’s views constitute a philosophical belief in line with previous case law. The Tribunal accepted that at the time of her tweets, Ms Forstater genuinely held the view that sex is biological. The Tribunal found that her views were therefore more than opinion or viewpoint based on the present state of information available and instead constituted a scientific belief (although lacking in evidence) which goes to substantial aspects of human life and behaviour. The Tribunal confirmed that her beliefs were cogent, serious and cohesive enough to potentially establish a philosophical belief and that they were important to her sense of self, her feminism and political activism.

Despite this, the Tribunal decided that her absolutist beliefs could not ultimately constitute a philosophical belief as they were not worthy of respect in a democratic society. By referring to a person by the sex she considers appropriate, her beliefs conflicted with the fundamental rights of others and were incompatible with human dignity.   Ms Forstater could not therefore claim direct discrimination on the grounds of her belief as her belief did not amount to a philosophical belief and therefore was not protected under the Equality Act 2010.  Although this is not a legally binding decision as it is a first decision only, it raises some interesting issues.

There has been a lot of discussion regarding the implications of this decision on Ms Forstater’s freedom of speech. Whilst it was acknowledged that there is nothing to stop Ms Forstater from campaigning against the Gender Recognition Act proposals or sharing her concerns regarding the sanctity of single sex spaces (and indeed in some instances such a ban may be proportionate), the Tribunal held that this could be done without referring to trans women as men (a belief it considered was not worthy of respect in a democratic society).

The takeaway from this decision is that employees cannot hide behind their right to freedom of expression where their core belief involves violating another’s dignity and/or creating an intimidating, hostile, degrading, humiliating or offensive environment for others. If there are complaints about employees’ views, employers should always look at the wider picture and carefully consider the effect on all parties’ rights before acting. 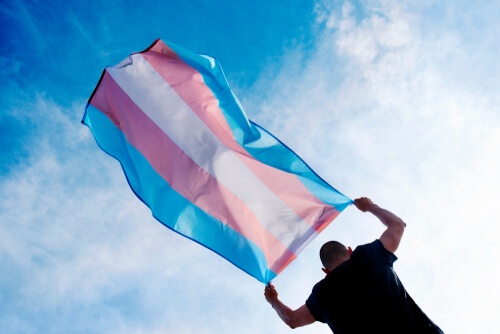