Can it be a reasonable adjustment for employer to give an undertaking that it will pay a severance package?

Aleksandra Traczyk explores the recent case of Hill v Lloyds Bank where the Tribunal’s decision was upheld that it would have been a reasonable adjustment for an employer to give an undertaking to a disabled employee that it would offer her a severance package.  The decision may be surprising on the face of it, but not necessarily on the facts of the case, and is a reminder to employers to listen to disabled employee’s proposals and keep an open mind about what may be a reasonable adjustment.

Mrs Hill has been employed by Lloyds Bank for over 30 years.  She was on sick leave from July 2016 to October 2017 with stress, which she said was caused by bullying and harassment at work. She suffered from reactive depression. She brought a grievance against her line manager, Ms M but it was not upheld. She also had issues with Ms M’s line manager, Mr B but did not raise a formal grievance against him.  It was agreed by all parties that they did not want to work together.

Upon her sick leave ending, Mrs Hill returned to work in the Bristol office, Ms M worked from Glasgow and Mr B from London.  She did not have an issue with her line management or anything connected to her role in Bristol.  However, she was extremely anxious that she may, in the future, be told to work with Ms M or Mr B. She said that the prospect of working for Mr B filled her with “absolute dread and fear” such that she felt physically sick. The prospect of working for Ms M left her in constant state of fear which left her exhausted.

She therefore sought reassurances and then an undertaking in April 2018, via her trade union representative, that Lloyds Bank at no point in the future would require her to work with or under the management of either Ms M or Mr B and, further, that if at a later stage there was no alternative, she would be offered a severance package equivalent to that provided on redundancy.

The last communication did not reach Lloyds Bank until June 2018. In the meantime Mrs Hill presented a claim for failure to make a reasonable adjustment in the Employment Tribunal.  In its response, Lloyds Bank refused to give the undertaking she sought on the basis that, while it can make some efforts to ensure Mrs Hill does not have to work with Ms M or Mr B in the future, it cannot provide “an absolute guarantee of this for a number of reasons” and “the Group would not offer redundancy or severance as an alternative as [her] role would not be redundant.”

In its judgment in February 2019, the Tribunal found that the case met the test for failure to make reasonable adjustments, namely that:

The Tribunal awarded Mrs Hill an award of £7,500 for injury to her feelings and made a recommendation that the undertaking is given (although it proposed its own wording).

Lloyds Bank appealed. The Employment Appeal Tribunal rejected Lloyds Bank’s argument that it was unreasonable to require it to commit to making a substantial severance payment in the future when Mrs Hill may not in fact be redundant and the purpose of reasonable adjustments was to keep the employee at work.  This is because, the EAT said, giving special benefits to disabled employees is the whole purpose of the reasonable adjustment regime – and, in fact, the underlying purpose of the undertaking was to keep Mrs Hill in work by allowing her to work without fear.

In relation to the recommendation, the EAT commented that the undertaking should have been given in the form requested by Mrs Hill and remitted this to the Tribunal for consideration.  It said the whole point of the reasonable adjustments regime is that it is designed to benefit disabled employees and many recommendations can have financial implications.  The EAT found the undertaking was required to alleviate the disadvantage suffered by Mrs Hill as she could rely on it to give her comfort.

This case may be of concern to employers as to adjustments that could be reasonable following a breakdown in relations between employees.  The EAT conceded that such an undertaking, in reality, would be rarely required and, although this is not mentioned in the judgments, it may be that size and resources of Lloyds Bank were a relevant factor.  In any event, this case highlights that employers must give proper consideration to genuine concerns expressed by disabled employees and to keep an open mind regarding what adjustments are reasonable in order to keep the employee in work. 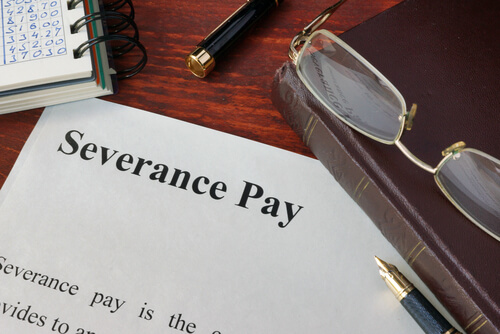 View The Building Safety Bill and the death of the EWS1