Academies and Maintained Schools: Challenging being named in an Education, Health and Care Plan

Our School Support Service is often asked by maintained schools and academies how it can challenge being named in a child’s education, health and care plan (“EHC plan”). This briefing note summarises what challenges can be made and the basis of the argument that should be made.

The proposal to name the school/academy

It is important for schools/academies to be ready to send a properly made response within  the  15  calendar day window, and to ensure that the representations they make are on the correct legal grounds.

Under current legislation relating  to  special educational needs (“SEN”) and the SEN & Disability Code of Practice 2015 (“SEND Code”), the local authority must comply with parental preference for a particular school/academy unless:

its resources, and there  are  no  reasonable steps that the school/academy can take to prevent that incompatibility.

Representations by the school/academy

The school/academy should ensure that representations they make within the  15  calendar  day consultation window are based on one or more limbs of the statutory test set out above. Where possible, they should be supported by statistical or other supporting evidence.

The representations can be prepared by the SEN Coordinator (“SENCo”) or Inclusion Manager, but should be made by way of a formal letter on headed notepaper, and approved and signed by the Headteacher/Principal. Both the SENCo or Inclusion Manager and the Headteacher/Principal should be  fully familiar with the standard procedure and the statutory test.

Following receipt of representations by the school/academy, the local authority will need to consider these and decide whether or  not  to  name the school/academy in the EHC plan. Unfortunately, there is no statutory timescale in this respect, and schools/academies must therefore be prepared to chase the local authority for a decision after a short interval. When the local  authority  issues  the  final EHC plan naming a school in Section I, both that school and the parents must be sent a copy of it.

Challenging being named in an EHC plan

Where a local authority goes ahead and names a school/academy  despite  their  representations  that the placement is unsuitable, the school/academy is under a statutory duty to admit the child.

It does not matter whether there  is a  place  available or not, as children with an EHC plan naming the school/academy must be admitted. This applies equally to children who are below or have ceased to  be of compulsory school age (it should be noted that, for the purpose of the statutory maximum infant class size, children with an EHC plan admitted outside the normal admission round are “excepted pupils” and do not count towards the class size).

Making a referral to the Secretary of State

Section 496 EA 1996 contains a general provision allowing any person (including the Governing Body of  a maintained school and the proprietor of  an  academy) to complain that a local authority has acted unreasonably with respect to the exercise or performance of their duties (including SEN duties).

“Unreasonableness” has been defined by the  Courts as acting in a way in which no reasonable local authority would have acted in the circumstances.

The complaint should be  carefully  prepared  by  way of a formal letter on headed notepaper, signed by the Headteacher/Principal, and  should  clearly  set  out that it is submitted under Section 496 EA 1996, that  the local authority have acted unreasonably  by  naming the school/academy in the face of the representations made, and  that  the  school/academy is seeking a direction that they should not have been named.

A copy of all relevant documentation should be listed  in the letter and attached, including the original proposal to name, the representations made, any response received from the local authority and the  EHC plan.

A copy of the letter and attached documents should also be sent to the local authority. In some cases, where there has been communication between the school/academy and the parents, it may  be appropriate to also send a copy to the parents, particularly where they are considering lodging an appeal to the First Tier Tribunal (SEN & Disability) (“SEND Tribunal”).

For academies, this procedure is  summarised  in their funding agreements.

Parental preference and appeals to the SEND Tribunal

It will clearly be a relevant factor whether  the  parents have expressed a preference for the school/academy, or whether  the  local  authority have simply decided that it is suitable for the child.

Where the parents  have  expressed  a  preference for the school/academy, this does not  prevent  it  from challenging being named in the EHC plan on  the grounds of one or more of the three limbed statutory test set out above.

In these cases, the parents may well also want to lodge an appeal to the SEND Tribunal against the school/academy being named. If an appeal  is lodged, the ruling of the SEND Tribunal will be binding on all parties. Otherwise, the Secretary of State will make the final decision.

For further information, or for advice and assistance with making representations or lodging a complaint, please speak to our School  Support  Service  team,  via our helpline 0345 070 7437 or email us at schoolsupport@wslaw.co.uk. 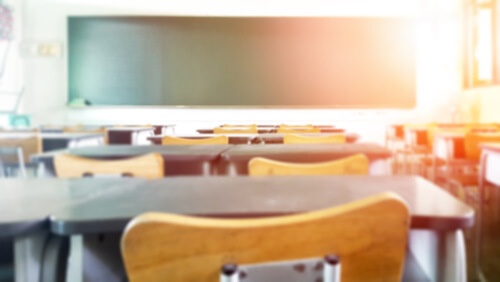