Minimum unit pricing (MUP) for alcohol has been a hot topic in politics since it was first introduced by the conservative government in its 2012 coalition alcohol strategy. MUP proposes to reduce the affordability of alcohol by making it illegal to sell alcohol below a minimum price per unit, targeting low-priced drinks such as super strength lager and cider. It aims to tackle binge drinking and reduce the number of alcohol related illnesses and deaths.

Despite the English government reneging on the policy, it was implemented in Scotland in May 2018 and will become law in Wales in March 2020. The drastic consequence of MUP on budget alcohol has the potential to radically alter the shape of the market.

In 2018, Scotland became the first country in the world to set a MUP for alcohol in a move to decrease the consumption of low-cost, high-strength alcohol and improve the country’s health. One year on, alcohol consumption in Scotland is reported to have dropped by 3% and it was the only UK nation to experience a reduction in alcohol related deaths in the last year.  Some have questioned whether the MUP could have impacted so quickly on mortality. There have also been reports of increased drug related mortality suggesting a possible switch from low cost, high strength alcohol to arguably more dangerous substances.

The policy has had the strongest sales impact on products which were previously sold below the 50p per unit minimum. Sales of white cider have dropped significantly- down 73% while products previously sold around the minimum price have seen a slight increase in sales. The additional price of the alcohol sold to consumers is not a tax and is retained by the retailers.

Following Scotland’s success, on 2 March 2020 the Welsh Government will bring into a force a law setting a MUP for alcohol. The new law will require retailers and bars to charge a minimum of 50p per unit. To put this in context, a can of super-strength lager may previously have retailed for £1 per can; following the introduction of MUP the price will be £2.25.  A 2.5 litre bottle of white cider which can currently be purchased for less than £4 will see its price increase to £9.40.

The progress of the Bill through UK Parliament faced strong opposition and several delays, mainly from Portugal who submitted a “detailed opinion” arguing that the proposals breached European free trade rules. Portugal, along with four other EU member states raised similar objections to the introduction of MUP in Scotland, voicing concerns that the increase in price would make their products “less competitive” and be a “restriction on trade”. The objections were eventually dismissed by the UK Supreme Court in the Scotch Whiskey Association decision in late 2017. The Court ruled on the side of public health policy stating that the measure was a “proportionate means of achieving a legitimate aim” giving Scotland the green light to bring the policy into force, 5 years after the legislation was first debated.

The onus of the new Welsh law will be on retailers selling directly to customers and not trade-to-trade sales. Notably, the provisions only apply to “alcohol supplied by alcohol retailers from qualifying premises in Wales to a person in Wales”. This raises questions about cross-border sales. If, for example, a consumer in Wales were to place an online order from a retailer in England, the MUP would not be applied; similarly when purchasing products in Wales to be delivered to a consumer in England, the MUP would not necessarily need to be applied- although in practice retailers are likely to apply the same pricing structure across all sales.  The Health and Social Services Department have acknowledged the increased costs to retailers as a consequence of maintaining different pricing and compliance systems across the border, but did not report further on the potential everyday implications.

The new Welsh law will have many of the same practical consequences for retailers as the Scottish law. The method for calculating the MUP is the same across both jurisdictions, as are the rules regarding promotions which state that where alcohol is supplied in multi-buy transactions, including buy one get one free offers and staff discounts, the total price must be above the MUP as if the promotion were not applied. The key difference is in the legal structure used for implementation and the penalties imposed for breach.

Selling alcohol below the MUP is a criminal offence under both laws.

In Scotland, MUP is dealt with as a mandatory licensing condition. Breaches carry a further risk of being issued with a “section 14 notice” giving retailers a specified time in which to resolve the breach. Failure to do so can result in premises licences being reviewed and potentially revoked.

In Wales, retailers in breach of MUP may be issued with a Fixed Penalty Notice which is currently set at £200. If such a notice is not complied with, then local authorities have powers to proceed with convictions, or to “take any other steps” with a view to reducing the incidence of offences- which may include licence reviews.

To ensure compliance, retailers will need to carefully review their pricing structures and upcoming promotions. In particular, care should be taken to ensure that special offers run in England are not replicated in Wales and Scotland without being reviewed in light of MUP. Current or future stock with prices printed on packaging must also be assessed, and the packaging covered or removed in order not to violate the rules or mislead the public. Wholesalers that sell both to trade and the public must give special attention to their pricing structures and systems to avoid breaching MUP. If a dual pricing system is used then robust due diligence will be required to prove compliance.

Whilst there are no plans as yet to introduce a similar policy in England, Public Health England has confirmed that it will undertake a review of alcohol strategy and assess whether there is a case for introducing MUP.

Retailers already compliant with Scottish MUP should be able to replicate systems to meet the requirements of Welsh MUP. The key uncertainty appears to be the impact this new law will have on sales for Welsh retailers operating near the border and English retailers on the other side. There have been reports in Scotland of consumers crossing the border in vans to purchase cheaper drinks, and in the more densely populated Welsh border this problem may become intensified.

The Welsh government however is confident that minimum unit pricing will target and reduce the amount of alcohol being consumed by hazardous and harmful drinkers, while having minimal impact on moderate drinkers. 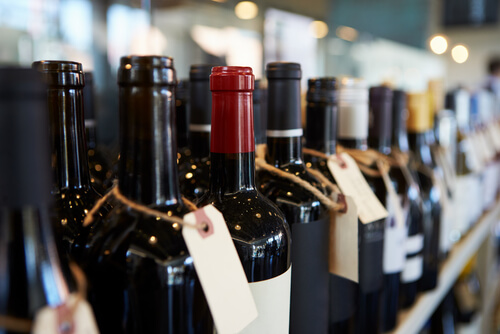