It is important for flat owners and their landlords alike that the flat lease is not defective and if it is to be able to correct the defect. Flat owners will be concerned to ensure their flat lease doesn’t contain defects that might prevent a sale proceeding smoothly or affect value. Landlords will want to ensure that all costs incurred in connection with the building are recoverable via the service charge amongst other things.

This is particularly relevant where some flat owners collectively acquire the freehold to their building leaving others out of the process for example. If the leases are not correctly drawn then there may be a significant shortfall to be funded.

In this Upper Tribunal (UT) decision concerned just such a situation; a flat owner benefiting from a lease that didn’t oblige them to contribute towards all of the costs incurred the maintenance and upkeep of the building sought to fend off a claim by the other flat owners via their freehold company that the lease should be varied to correct this “defect” as the landlord perceived it.

The case concerned a basement flat in the building comprising four flats where the upper three flat owners held the freehold between them via a company. As is common the basement flat had its own entrance and didn’t share any common parts so there was some justification for the service charge provisions being different in the lease of that flat. You would often expect to see that only the upper three flats for example would contribute towards the upkeep of the internal communal parts serving those flats. What was unusual here is that the basement flat was only obliged to contribute towards external painting; it did not have to make any contribution towards the maintenance of the structure and roof or management costs incurred by the landlord. So was this a “defect” that the landlord was able to vary the lease for?

The flat owner applied to the Tribunal to strike out certain service charge demands that went beyond external painting and decorating and in response the landlord made an application to vary the flat lease to make the flat owner contribute towards these other usual items of expenditure.

Decision at first instance and appeal

The landlord won at first instance and so the tenant appealed. The landlord company wasn’t party to the proceedings by the time the UT heard the matter. Ms Stride, one of the other flat owners who had an interest in that company appeared in her capacity as lessee as a litigant in person. So there was no representation on the landlord’s side.

The flat leases appeared to have been badly drawn and certainly the wording from the basement flat lease quoted in the decision evidences that as absent a clause reference error the flat owner would have been on the foot for the balance of the service charge costs sought by the landlord. The net effect of the confused leases were that all four flat owners were obliged to contribute towards insurance, three of them to 25% each towards maintaining the structure, two at a quarter each towards management costs, three at 25% each towards exterior paint and two out of the three upper flats towards maintenance of the internal common parts at a third each so leaving significant shortfalls to be suffered by the landlord which of course can’t have been the intention of it when drafting the leases absent unusual circumstances.

The right to seek a variation of a flat lease is regulated by sections 35 and 38 of the Landlord & Tenant Act 1985. That allows a party to the long lease of a flat to apply to the Tribunal for a variation. It is discretionary relief as opposed to a right. The relevant grounds (s.35(2)(e & f)) are that the lease fails to make satisfactory provision in respect of the recovery of expenditure incurred by the landlord for the benefit of the flat owner (either alone or amongst others) or as regards the computation of service charge payable under the lease. As regards the computation ground this will be made out where the aggregate of the service charge shares fall short of meeting the total expenditure laid out by the landlord. The Tribunal is prevented from exercising its discretion if the variation sought would be likely substantially to prejudice the respondent (in this case the flat owner) and that an award of compensation (under sub-section (10)) would not be adequate.

Authorities cited at the same level included Cleray v Lakeside Developments Limited [2011] UK UT 264(LC) which concerns a Tribunal decision that certain leases in a block fail to make satisfactory provision for the recovery of management fees in circumstances where two out of the six flats were liable to contribute in this regard. Managing agents were engaged in practice and so all leaseholders received the benefits but weren’t obliged to contribute accordingly. In that case, the UT had little sympathy for the landlord’s shortfall on the basis that the lease contractual arrangements had been freely entered into between the parties when the flat was first sold off in that way. Further in that case there had been recent lease modification and the landlord hadn’t taken the opportunity to add an obligation to this effect then from which it concluded that if it was so unsatisfactory to the landlord it would have ensured such a provision was included then. So it founds nothing “unsatisfactory” about the different arrangements between the six flat leases.

It did however acknowledge a First-tier Tribunal decision with circumstances where the financial position of the landlord might make the absence of a flat owner’s obligation to pay for a certain item unsatisfactory i.e. if there was an RTM company with no other source of income. There was no difference on the facts with this case to those circumstances as the upper three flat owners would have to inject capital or loan it to the freehold company to meet the shortfall occasioned when works other than exterior decoration were undertaken.

It also questioned the First-tier Tribunal’s finding that no compensation should be paid, its reasoning that “no proper evidence” had been advanced by the flat owners to show that the new obligation would result in the diminution in value of their leases or the extent of that. The Upper Tribunal’s comment in passing in this regard is useful as it stated that the compensation is not just to be based on diminution in value of the parties’ interest in the property. The relevant sub-section talks of “any loss or disadvantage that the Tribunal considers he is likely to suffer as a result of the variation”.

In this case the UT went on to find that had the variation been supported then compensation would have been payable after netting off the increase in value of the lease that would flow from “remove[ing] this detrimental effect” which somewhat contradicts their conclusion that the lease was not “unsatisfactory” in this regard.

In another decision of the UT (Fairburn v Etal Court Maintenance Limited [2015] UK UT 639(LC) the circumstances of the landlord were described as being irrelevant for the purpose of deciding whether a particular term was “satisfactory”.

Ultimately the UT in this case decided that the fact that different flat owners made different contributions didn’t make the absence of an obligation to contribute towards given items of service charge expenditure unsatisfactory in this lease. It accepted that as the landlord is a lessee owned company then in light of the above Cleray and Shellpoint decision there might be circumstances where the lack of adequate contributions from this flat owner could render the lease unsatisfactory but it wasn’t prepared to find that at this stage as no evidence to that effect had been adduced. It gave the example of the building requiring a major roof or other structural repair beyond the means of the members of the landlord company potentially constituting the necessary evidence which seems odd as there must come a point where that will be the case in that no doubt the landlord company has no financial strength in of itself and the members aren’t obliged to contribute capital to meet the shortfall so it would become insolvent as soon as such works are required and of course that wouldn’t be in the interests of the flat owner “benefiting” from the “defect” in the lease as the building would then fall into disrepair and so the value of their interest would be adversely affected along with saleability.

It was not determinative that it may be difficult to decide whether a particular item of expenditure falls within the external painting clause or not.

It then went on to consider the question of prejudice and compensation even though it wasn’t strictly necessary in view of the first part of the decision. The flat owner’s value determined compensation by using “a range of methods in the absence of direct comparables”. The average of those was taken and then a one-third allowance made for the increase in value of the lease that would flow from the variation being made producing a compensation figure in that case of £9,500 in circumstances where the surveyor estimated the service charge saving to be around £750 per annum flowing from the flat owner not having to contribute towards anything beyond external painting.

The ability to vary a flat lease is limited; it is unlikely to be enough that the landlord is left in a shortfall situation as a result of apparently poor drafting of the lease.

This case demonstrates the importance for ground rent investors and enfranchising flat owners alike to review the terms of the flat leases prior to acquiring the freehold.

Flat owners seeking to benefit from such apparent errors in drafting will need to think twice before seeking to hold out for that benefit as it may adversely affect their ability to sell or remortgage the property as a buyer and by extension their lender will be concerned that the landlord may become insolvent as a consequence of the shortfall. 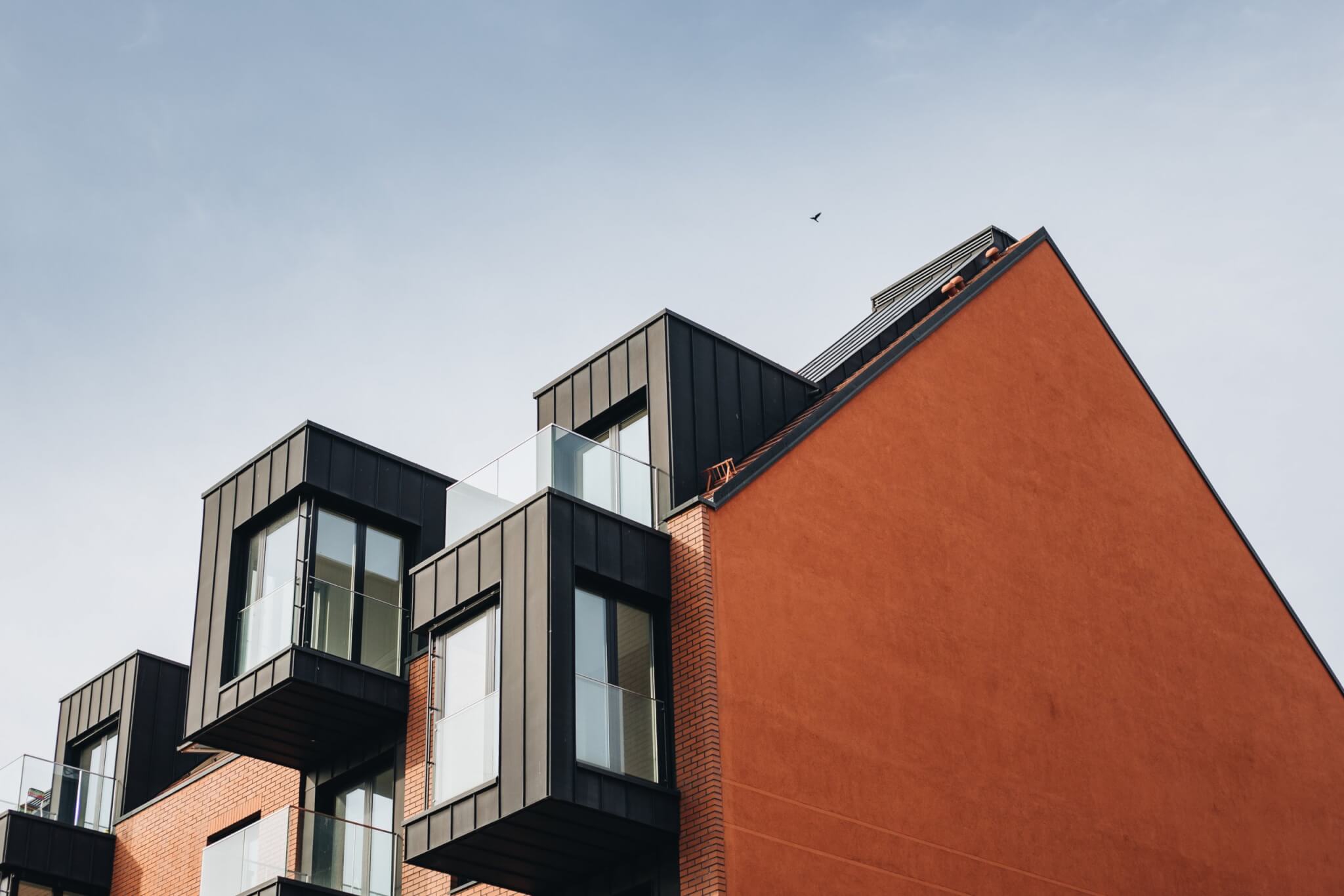