Landlord and Tenant Act 1954: Tenant’s objections and the objective element of ground (f)

A recent decision of the County Court at Central London indicates the approach that is likely to be taken in proceedings where a business tenant seeks to thwart the termination of its lease by arguing that the landlord will be unable to redevelop on the basis of the disturbance that will be caused due to the disruptive nature of the works.

London Kendal Street No3 Limited v Daejan Investments Limited [2019] concerned a five year lease of an office suite, known as Suite C2, at the ground floor of part of Park West near Edgware Road in London. The tenant is part of the IWG group of companies (formerly known as Regus) and used the suite as serviced office accommodation. IWG also had three other office suite leases at the ground floor of Park West, each for a term of ten years.

Beneath IWG’s demised premises was an extensive basement, previously a health centre, which was untenanted and in a deteriorated condition. The landlord planned to carry out works to the basement to put it into a lettable condition and also to create a new entrance to the basement and open up the floor to provide for a lift and staircase corresponding to the location of Suite C2.

The lease of Suite C2 expired on 24 March 2018 but was protected by Part II of the Landlord and Tenant Act 1954 (the “1954 Act”). The landlord served an opposed notice under section 25 of the 1954 Act, stating that it could terminate the lease of Suite C2 and refuse to grant a renewal lease because it intended to redevelop or reconstruct that part of the building. Landlords are able to opposed renewal on the basis of section 30(1)(f) of the 1954 Act (generally known as “ground f”). The tenant did not accept this and so it applied to the Court for a new lease.

It was agreed that the court would decide whether the landlord could establish its opposition based upon ground (f) as a preliminary issue.

Considering intention in light of Franses

The Judge noted that the law on landlord’s intention was “significantly altered” by the Supreme Court’s decision in Franses v Cavendish Hotels [2018]. Long before that decision, it was well established that a landlord seeking to rely on ground (f) needed to show both a firm and settled subjective intention and that objectively there was a reasonable prospect of carrying out the development.

The decision in Franses effectively put paid to the idea that a landlord could easily contrive a scheme of works simply to remove a tenant.

The Judge in London Kendal Street v Daejan Investments considered the landlord’s subjective intention, the “Franses test” and the objective element. The landlord succeeded in convincing the Court that it could rely on ground (f).

As to the objective element of ground (f), there were no funding or planning difficulties with the works and the timescales for commencing them were realistic. However, the tenant strenuously resisted that the landlord had a reasonable prospect of being able to carry out the works on the basis that the tenant had a right to quiet enjoyment under its other leases at Park West. They objected to the works which they considered would result in “intolerable disturbance”. If the landlord were to go ahead with such works then the tenant’s position was that they would have no choice but to seek a prohibitory injunction.

The tenant’s other leases contained a right allowing the landlord to undertake works, but this was qualified so that such works should not adversely affect the tenant’s ability to carry out their business. The High Court considered the interaction between a tenant’s covenant for quiet enjoyment, derogation from grant and a landlord’s right to build in Timothy Taylor Ltd v Mayfair House Corporation [2016], determining that landlord’s should take reasonable steps to minimise disturbance when exercising any such right.

The Judge accepted that there was a real possibility that the tenant would issue injunction proceedings and that such an application might, to a certain extent, succeed. The tenant would need to establish that there was no real prospect that the defendant could carry out its proposed works without breaching the qualified right to build covenant. However, on the facts of the case, the Judge did not make this finding. He thought that the injunction issue was “capable of resolution” and that any injunction likely to be awarded would not be absolute but would instead, if granted, be couched in terms which would allow the works to proceed in such a way which would limit potential disruption. The prospect of an injunction was the “most significant obstacle” to the works to Suite C2 but was not likely to be an insurmountable problem for the landlord in the particular circumstances.

Ground (f) claims will always be very dependent upon the actual works being undertaken, the strength of the landlord’s intention to do such works (particularly whether such intention is unconditional) and the objective question of whether the landlord faces any hurdles which cannot be resolved. Landlords must take care to plan works carefully and ensure that there will be sufficient evidence in the event of a strong opposition from a protected business tenant, who may, as in London Kendal Street v Daejan Investments, have other angles from which to challenge the works beyond the actual lease being terminated.

A business tenant facing redevelopment works, who wishes to renew its lease, should seek information on landlord’s plans at an early stage to ascertain whether any proposed works have commercial merit or by contrast appear to be contrived to secure possession of the property. Even where a landlord does appear to have the requisite intention to carry out works, it will be important to consider any objective factors which might prevent such works going ahead. 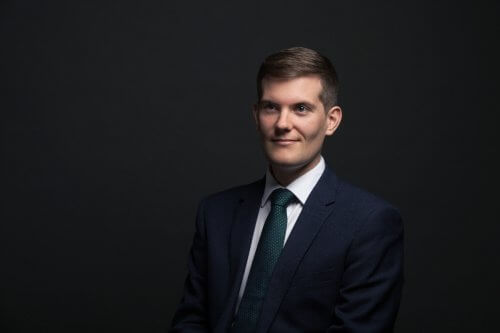 View Can flat owners enfranchise a number of blocks via a single claim?