Vegans but not vegetarians – protected beliefs under the Equality Act

Under the Equality Act 2010, religion or belief is a protected characteristic.  “Belief” is defined as any religious or philosophical belief, including a lack of belief.

A number of recent Employment Tribunal cases have examined the issue of whether a (non-religious) belief is protected.  Employment Tribunal decisions are not binding in future cases, but are an interesting indicator of the types of beliefs for which protection may be sought in the workplace and of the judicial attitude towards granting protection. 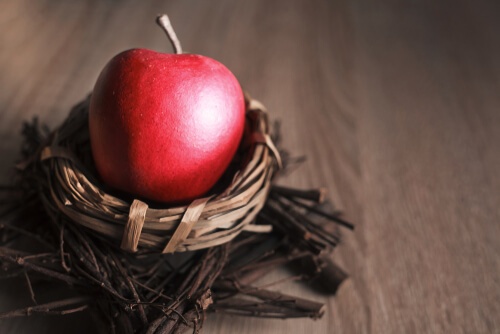 A detailed test for what constitutes a belief was laid down in the 2010 case of Nicholson v Grainger plc, which held that a belief must satisfy the following core criteria:

The fifth criterion is crucial and may be crudely paraphrased as saying that you can believe what you want as long is does not impact negatively on others.

Making a decision about what constitutes a sufficiently cogent and important belief to merit legal protection is extremely difficult and, with all respect to Employment Tribunals, the cases in this area reveal a high level of unpredictability, as the following examples demonstrate.

Earlier this month, an Employment Tribunal held that an employee’s ethical veganism (based on the desire to avoid all forms of animal exploitation) satisfied the criteria and amounted to a belief.  It had the necessary characteristics of a cohesive approach to life and did not conflict with the rights of others.

Contrast the decision in September 2019 (in fact by the same Employment Judge as in the case about veganism) that a belief that animals should not be slaughtered to provide food for humans was not a protected belief: it was not weighty or cohesive enough, not sufficiently connected with human life and behaviour, and not part of a cohesive belief system to merit classification as a philosophical belief – it was merely an opinion or lifestyle choice.

Belief in the sanctity of life

But, contrast again a 2009 case in which a fervent opponent of fox hunting and hare coursing, whose views were found to be based on a philosophical belief in the sanctity of life, was found to have a protected belief.

In December 2019, the Tribunal rejected an argument by a dismissed employee that her belief that sex is absolute and cannot be fundamentally changed was a protected belief.  The employee believed that gender is not entirely subjective and that, even though a transgender person may identify with or acquire for legal or social purposes a different gender from that assigned to them at birth, they would always retain their birth gender at some fundamental level.  Although the Tribunal appeared to consider that her belief had the requisite level of cohesiveness and importance, it held that it conflicted with the rights of transgender people and so was not worthy of protection in a democratic society.

The Grainger case referred to above held that a belief in man-made climate change, and adherence to the idea that humans are under a moral duty to lead their lives in a manner that mitigates or avoids climate catastrophe, was capable of qualifying as a philosophical belief as it was sufficiently cohesive and weighty.

Contrary to government statements about the purpose of the Equality Act (and its predecessor regulations), a number of political or quasi-political beliefs have qualified for protection, including:

The practical impact of these decisions has to date been limited – partly because many of the beliefs that have achieved protection have relatively little interaction with workplace issues, but also partly because of the lack of binding appeal court decisions in this area of law.

However, more recent decisions, such as the case about ethical veganism, could change this.  Indeed, the decision about climate catastrophe in the Grainger case looks set to become increasingly relevant as activism in that area becomes more widespread and mainstream.  For example, the following could potentially form the basis of a claim of indirect discrimination:

There are many obstacles to an individual succeeding, but the cases show a willingness on the part of Tribunals to at least grant protection in often unexpected areas.

Tips for employers when dealing with the moral, ethical, political or philosophical views or objections of employees are as follows: