Last week, Mr Justice Nicol handed down his judgment in the High Court dismissing Jonny Depp’s libel claim against the Sun newspaper and its Executive Editor, Mr Wootton. Mr Justice Nicol determined that an article published by the Sun in 2018 branding Depp a “wife-beater” (with reference to Depp’s ex-wife, Amber Heard) was capable of being defamatory, but that the Sun had a valid defence in that the words in the article were, on the balance of probabilities, substantially true.

Given the severity of such an accusation and the fact that Depp has never been convicted of domestic violence, he likely launched his libel claim with confidence of success of clearing his name and restoring his “personal and professional reputation”. However, ironically, the litigation exposed his reputation to much greater damage, given the 16-day airing of Depp’s dirty laundry in open court and an eventual finding that the Sun’s claim was “substantially true”.

The case is a stark warning of the unpredictable nature of litigation in relation to the potential issues in focus, the evidence it brings up and the publicity it attracts.

It is difficult to conceive of the possibility that Depp may not have fully anticipated the issues and evidence that would be under particular scrutiny during the trial. When referring to him as a wife-beater in the article, the Sun referred to just two instances of violence taken from Heard’s application for a restraining order.[3]  However, Mr Justice Nicol’s 129-page judgment focused almost entirely on 14 incidences of alleged violence inflicted by Depp upon Heard (as part of which many unsavoury and intimate details about the exes’ personal lives were laid bare) in order to determine whether the defendants met the statutory defence of truth. Mr Justice Nicol dealt with the question of whether or not the words used in the Sun’s article were defamatory in a mere 2 paragraphs (they were).

It is difficult to fully predict what may be revealed in the course of litigation. Disclosure and evidence in court proceedings can result in cases changing track drastically. Perhaps unexpectedly for Depp, Mr Justice Nicol allowed the defendants to rely on evidence disclosed by Heard in her ongoing defamation case with Depp in Virginia. This disclosure contained substantial personal information including shocking text messages and damaging photographs.

Both sides brought extensive documentary evidence of the alleged incidents to the Court. Although Mr Justice Nicol ultimately deemed Heard’s evidence on behalf of the defendants to be more convincing, there appeared to be credible evidence/counter-evidence on each side. In particular, Depp provided photographic evidence to show Heard un-injured on the date of the alleged incident 2. Heard countered in her evidence that the date of the alleged incident was not correct, and was in fact a different date. The judge found that, given there were a number of assaults in the same month, Heard was “confused” rather than “caught out in a lie” as the claimant’s Counsel asserted. In relation to incident 5, the defendants produced photographic evidence of a door to support the claim that Depp “kicked a door so hard that it splintered” in a violent episode. The claimant’s evidence was that the door was not at the location of the alleged incident which would seem to undermine Heard’s credibility. It was held that the issue was “a peripheral matter” and did not cause Mr Justice Nicols to “doubt [Heard’s] account of being assaulted”. Regarding incident 12, Depp produced evidence from Heard’s stylist who claimed not to have seen bruising on Heard following the incident. Conversely, the defence had evidence from Heard’s make-up artist who affirmed she had seen bruising on Heard’s face and it was this evidence, together with testimonies of other witnesses, which was preferred by the judge. Potential litigants must realise that a judge’s evaluation of facts and evidence cannot be predicted with certainty, however strong it may seem. Indeed, in complex factual matters it may be difficult to assess which particular facts a judge will rely on; sometimes a case can hinge on just a handful of facts deemed most important by the judge.

In this case, as with all litigation, it is impossible to know how a witness will perform when cross-examined and how their evidence will be perceived by the judge. Here, where the “conflict of evidence [was] particularly sharp” in relation to incident 14, judgment came down to the “impressive” evidence of one witness for the defence. Mr Justice Nicol accordingly “accept[ed] his evidence”, and he did not, for various reasons, accept the evidence of other eyewitnesses called by the claimant, including two police officers.

Also highlighted by the Depp case is the public nature of the English open court system, in which the public and press are permitted access to the court proceedings, the press is permitted to report on cases and judgments are freely available. Naturally, publicity surrounding this case was amplified by its celebrity characters and grisly details but even low-key cases may arouse public interest. Even after judgment is received, the narrative around the parties cannot necessarily be controlled.

The case demonstrates that there is no certainty in litigation; witnesses and evidence do not always perform as predicted and the judge will draw his or her own conclusions all in public view. However, trying a matter in court is sometimes the only way to achieve a definitive answer on a legal question and the only way to achieve certain remedies, such as injunctions. Recognising and considering all possible future permutations before embarking on a claim should leave no room for shock at the outcome. Depp has described the judgment as “flawed”  and as being “as perverse as it is bewildering” and he intends to appeal. 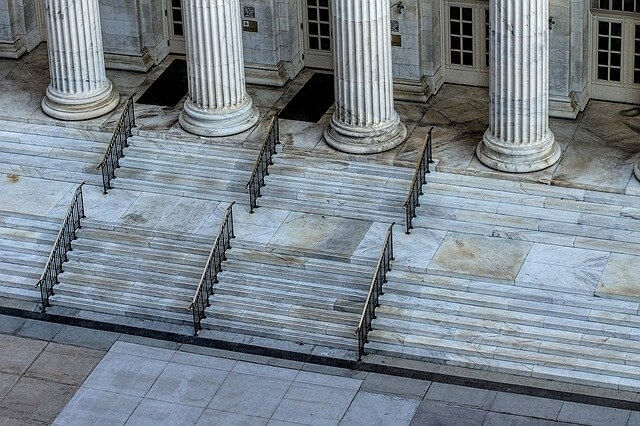