The Queen’s Speech – Infrastructure, Planning and the Environment

On 11 May 2021, the Queen gave the Queen’s Speech to mark the State Opening of Parliament and outline the government’s legislative programme for the new parliamentary session. It must have felt like a world away from her last Queen’s Speech, given all the way back in December 2019. A lot has happened since then. Foremost in the government’s sights is dealing with the global pandemic and addressing the social and economic impacts it is having on the UK.

The Prime Minister has put levelling up and building back better at the forefront of the government agenda. The UK is also keen to be seen as leading the way on the environment and combatting climate change ahead of COP26, which the UK is scheduled to host for the first time this year. It should be no surprise therefore that this year’s Queen’s Speech would cover issues of infrastructure, planning and the environment. The Speech was light on specifics and details will need to be fleshed out over the coming weeks. What it does do is set out overarching commitments and an overview of proposed legislation.

The executive summary of the Speech includes a commitment to “transform UK infrastructure” and cites the High Speed Rail (Crewe –Manchester) Bill as “a key component to levelling up”. Nothing new here: rail has been a big part of the government’s infrastructure plan for some time, and that High Speed Rail Bill is otherwise known as HS2 Phase 2b (Western Leg) which has been part of the plans for HS2 for a number of years.

The notes accompanying the Speech set out some further detail on the main elements of the Bill including powers to acquire land, construct and operate the railway as well as deemed planning permission. As well as the commitment to bring forth the next stage of HS2, the notes describe a “massive programme of rail investment across the North and the Midlands through the Integrated Rail Plan, building on our £4.2 billion investment”. Given the current north south divide in the quality and quantity of rail connectivity, rail investment in the north and midlands is a natural part of the levelling up agenda. So while this is expected, having it confirmed in the Queen’s Speech is good news for rail, and good news for connectivity. There is further mention of the Government’s “Project Speed”, another pre-existing initiative (previously referenced in the National Infrastructure Strategy and elsewhere) which, it is stated, “is revolutionising the delivery of infrastructure projects”. The aim of Project Speed is to pioneer new ways of working that will halve the time and reduce the cost of delivering critical infrastructure projects, as the country builds back better coming out of the pandemic. Faster delivery is an excellent goal. But at what cost? Some countries are admirably quick in the promotion of infrastructure projects. Just look at the speed at which China has developed its network of high speed rail: the first stretch in the country opened in 2008 and by 2019 the country was coming close to a total length of 30,000km. But that kind of expansion is not possible everywhere: there are significant differences between countries not just in terms of investment but also in the way that projects are promoted. Our system places a high level of importance on ensuring stakeholder representations and objections are considered.

Land acquisition costs are a major part of the costs of UK infrastructure projects, and reaching agreement early on before the prospect of compulsory purchase is usually more expensive still. Public sector promotions will need to justify that spend: projects involving the use of public resources have to consider value for money.

It is of course possible to promote more quickly, and we have seen high-speed project delivery in this country to tight deadlines: the Olympic Park is a great example of this, a project of which the Prime Minister will be well aware given that he was Mayor of London at the time. Changes are being made and are welcome but, as with any task, doing the job in half the time and for less cost is going to be a challenge.

The Speech also sets out key concepts of “reform of environmental regulations” and “landmark reform of the planning system” but there seems to be no more detail on precisely how these will be achieved than was included in the National Infrastructure Strategy in November 2020.

As expected, the Speech commits to a new Planning Bill to be introduced in the autumn which “will create a simpler, faster and more modern planning system, ensuring homes and infrastructure can be delivered more quickly”. The focuses of the Bill are said to be ensuring development can happen more quickly and increasing meaningful public engagement. It is aimed at “providing more certainty for communities and developers”. That sounds positive, but how will it be achieved? The government’s answer is “through clear land allocations in local plans and stronger rules on design”. Following on from proposals initially made in 2020, it is expected this will involve scrapping Section 106 agreements and replacing them with a new Infrastructure Levy. Councils will be forced into zoning land for growth, protection and renewal: growth land will get automatic outline planning permission and Councils’ ability to reject applications will be curtailed.

Although infrastructure is mentioned in the notes on the Planning Bill, in the context of schools and hospitals, no detail is provided on how this reform of the planning system will interact with the methods for the authorisation of infrastructure other than the Town and Country Planning Act 1990 – i.e. hybrid bills, development consent orders (under the Planning Act 2008), Transport and Works Act Orders etc. This should become clearer once a draft of the Planning Bill is published.

As announced by the government in late January, the Environment Bill has been carried over into the new Parliamentary session. Much of the detail included is already known because the Bill has already had the first part of its report stage. The notes accompanying the Speech reiterate the intention to hold the government accountable on environmental issues and to introduce legally binding environmental targets, as well as mandating biodiversity net gain through the planning regime. The new Office for Environmental Protection is also mentioned, which was to be expected given that the intention is for an Interim, non-statutory OEP to operate from July even in advance of the Environment Bill receiving Royal Assent.

The Speech notes also hint at further amendments to be put forward in relation to “storm overflows to our rivers, waterways and coastlines”.

The government has been making numerous climate-related announcements recently, burnishing its green credentials before COP26. As well as achieving net zero by 2050, the Queen’s Speech restates the decision to adopt the Climate Change Committee’s recommended Sixth Carbon budget in full, resulting in what the Prime Minister has called “the most ambitious target to cut emissions in the world”: reducing emissions by 78% by 2035 compared to 1990 levels. The Government sees its National Infrastructure Plan as a key part in achieving its emissions targets. Hitting these targets is a theme throughout the notes which also reaffirm the commitment to bring forward sector-specific strategies  including Heath and Buildings, the Transport Decarbonisation Plan and the comprehensive Net Zero Strategy.

Generally the themes of the Queen’s Speech are not a surprise: rail and other public infrastructure get a boost, planning will be reformed and tighter climate targets have been highlighted as a key part of the agenda. The detail of many of the changes are still being fleshed out and there will undoubtedly be further changes to come. What may well come as a surprise is the scale of change. The proposed reforms of the planning system are proving highly controversial, and meeting those climate targets is going to require large scale change from all sorts of sectors. The key will be to be prepared and stay on top of the new  regulations and requirements as they roll in. 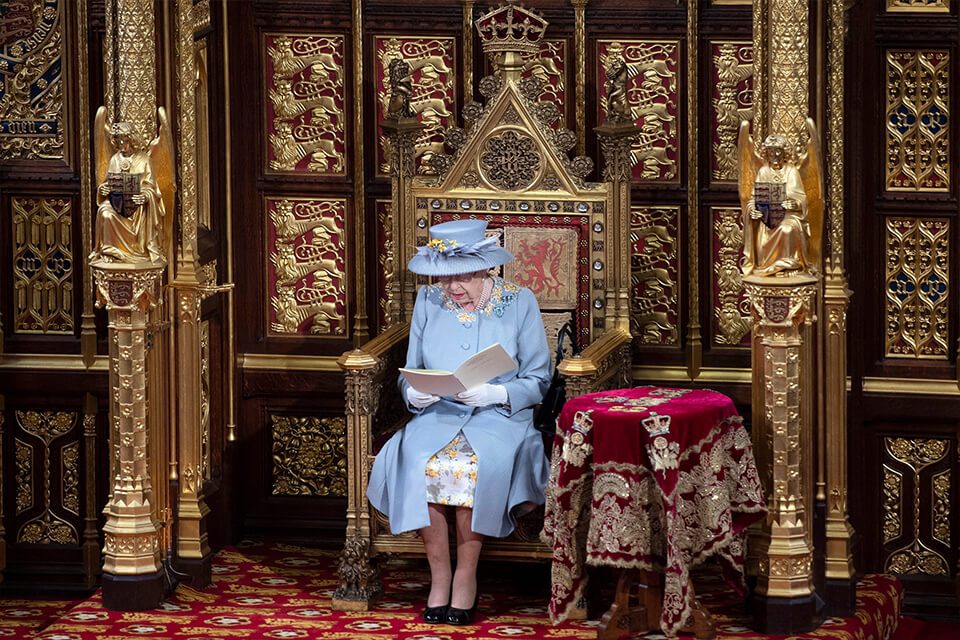