The changing landscape of Property Tax

To appreciate the recent and upcoming changes to the tax position for non-resident investors in UK real estate, it is helpful to look at how things were a few years ago. The historic position has been that there was no UK tax charge on disposals of UK property by non-residents – non-residents were simply outside of the scope of UK tax rules.

That changed back in 2013 with the introduction of the Annual Tax on Enveloped Dwellings (which you might know as “ATED”) and the related capital gains tax charge (which we call “ATED-CGT”). The ATED regime targets high-value residential property held by individuals through corporate structures – but the main purpose of this regime is to counteract SDLT avoidance, rather than address the difference in capital gains tax treatment between residents and non-residents.

Since April 2015 we have had a capital gains tax charge for non-residents disposing of UK residential property, which we call the “NRCGT” regime. The purpose was to bring in some parity in the tax treatment of residents and non-residents disposing of residential property in the UK – sort of levelling the playing field, in the way most other countries already did. In most cases, the non-resident individual would have faced a tax charge anyway on their capital gain in their country of residence, but since 2015 that charge is shifted back into the UK (and in most cases the non-resident can claim relief under a double tax treaty so they are not charged twice on the same gain).

Further change came in July 2016, when the transactions in land rules were extended to non-residents carrying on a trade of dealing in or developing UK land. Under these rules, gains realised by non-residents on the disposal of land are subject to either income tax or corporation tax.

The most radical change came in April 2019, when the NRCGT rules were extended to include disposals of all UK land – so now the tax charge arises on disposals of both residential and commercial land. The new regime also catches indirect disposals through assets that derive their value from UK land, for example shares in a company that’s value is essentially the UK property it holds. As part of this 2019 reform, ATED- related CGT has been repealed in respect of ATED disposals, though the ATED regime itself remains in place. Non-resident companies disposing of UK land will now be subject to UK Corporation Tax on the disposal. This means they will need to register for Corporation Tax self-assessment and pay tax within the standard corporation tax framework – this is a significant compliance burden for non-resident companies who will need to familiarise themselves with the UK Corporation Tax regime. On the other hand, if it is capital gains tax rather than corporation tax which is payable, a return must be filed and tax paid within 30 days of the disposal – so this is a substantial change to the previous 2015 NRCGT position whereby the tax was due by 31 January following the end of the tax year of disposal.

We are still in the midst of change – The NRCGT regime has leveled the playing field between residents and non-residents for the taxation of disposals of UK property. From April 2020, the taxation of income from UK property will also be regularised, so that non-resident companies will be subject to corporation tax on rental income from UK property, rather than being subject to income tax, as is currently the case.  This shift from income tax to corporation tax might seem attractive – after all the corporation tax rate is set to be 17%, so is lower than the 20% income tax rate for companies. However, again, this change will have significant compliance implications for non-resident companies, since they will have to file more complex returns together with company accounts.

SDLT – consultation on surcharge for non-residents

Given this general direction of travel, it may not come as a surprise that the government has plans to introduce an SDLT surcharge for non-residents, which will apply to purchases of residential property in England and Northern Ireland by non-residents, at a rate of 1% on top of existing SDLT rates. The government’s stated view is that this will help to control house price inflation, thereby assisting residents in getting onto the housing ladder. The government consulted on this proposal between February and May last year, and we await the outcome of that consultation. 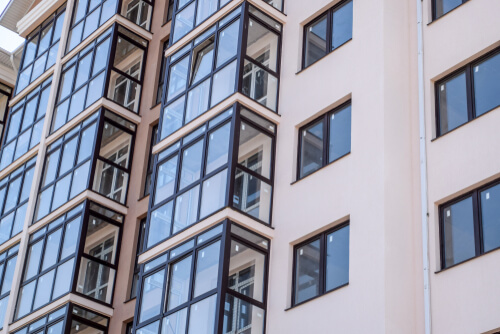