The challenge of managing pupils with SEND and the exclusion process.

An article published by the BBC recently highlighted the difficulties that children with special educational needs and disabilities face when they are only offered provision by way of an education, health and care plan after they have been excluded. The link between pupils with SEND and high rates of exclusion is well known and was widely reported on following the publication of the Timpson Review of School Exclusion in 2019, but is SEND always recognised and provided for properly in schools?

The Department for Education Exclusions Guidance explicitly states that early intervention and multi agency assessment should be used to ascertain the underlying causes of disruptive behaviour and whether it could be linked to SEN, mental health issues or family problems. Exclusion should only ever be used as a last resort. However, we are increasingly seeing allegations of discrimination brought by parents who believe that their child has a disability (which the school may not even be aware of) and that they have been unfavourably treated as a result of something connected with that disability, for example because they have been excluded for a breach of the school’s behaviour policy. Some of these children are very young, are at risk of missing out on time in school and it will be difficult for them to catch up if they have missed learning foundational skills. Older pupils may be at risk of missing out on key preparation for exams. A year on from the publication of the Timpson Review seemingly little has changed; a Department for Education data analysis report published in May 2020 found that pupils with SEN accounted for just under half of all permanent and fixed term exclusions.

It is not uncommon for SEN to be identified later on in a pupil’s school career, particularly if they are an “able student” academically. Research shows that girls are much more likely to receive a diagnosis of ASD later in their life than boys are, possibly in part because girls are apparently more adept at copying neuro-typical behaviour, which can mask conditions such as autism. Social, emotional and mental health needs can surface in young people as curriculum demands increase in the later years of secondary school. All too often, primary schools are excellent at nurturing their pupils and making certain adaptations for those that have underlying needs and this may be lost in the handover to secondary schools: the pupil then struggles to settle in a big, busy secondary school and is not on the SEND register, so their behaviour can sometimes be dismissed as “naughty” without the root causes being understood. This can lead to frequent behaviour sanctions and other issues such as disengagement from learning or poor attendance, and culminate in school refusal, serial fixed term exclusions or even permanent exclusion.

Schools often struggle with the demands of staffing challenges and strained finances whilst being all too aware that the next Ofsted inspection will involve scrutiny of both the behaviour and attitudes of learners, along with the quality of the education being provided and whether there is a sufficiently ambitious curriculum offer for pupils, including those with SEND. It’s a difficult balance, and those schools that do successfully manage the learning needs of pupils with SEND often find that they are the focus of increased admission applications from parents and quickly become oversubscribed, which in turn can lead to further financial pressure if more pupils with SEN start attending the school. Many schools have had to reduce the number of teaching assistants over recent years, putting additional pressure on class teachers, who may or may not have had adequate training and preparation for meeting the needs of learners with SEND during their teacher training programmes and CPD courses. The notion that “every teacher is a teacher of SEND” is a phrase that is often used without proper consideration as to how the newly qualified or thinly spread teacher can put this into practice successfully. There is a shortage of experienced SENCOs, and many who are new in post can find it overwhelming to balance their role (which is often part-time) with the requirement of further postgraduate study, whilst often being expected to teach as well. Support from external professionals can be hard to engage, particularly against the backdrop of shortages within the fields of educational psychology and paediatric occupational therapy, and extremely long waiting lists for CAMHS.

Challenges faced by schools in supporting learners with SEND are only part of the picture though. Local authorities also struggle to balance the need for high quality local specialist provision for SEND against the increasing demand for EHCPs, and the spiralling deficit of local authority SEND budgets has been the focus of recent legal challenges as local authorities attempt to plug the shortfall. The SEND reforms brought about through the Children and Families Act 2014 increased the upper age range for high needs support from 19 to 25, and the Department for Education reports that the percentage of school aged children with an EHCP (or statements of SEN as they were prior to conversion) has risen from 2.8% in 2015 to 3.3% in the academic year ending July 2020. The percentage of pupils at SEN support (without an EHCP) has risen from 11.6% in 2015 to 12.1% in 2020. There is much negativity aimed at local authorities, particularly when it comes to the amount of money reportedly spent defending EHCP appeals in the SEND Tribunal. Some criticism is undoubtedly well-placed, particularly when there is no lawful (or coherent) plan in place for a pupil, but equally there are authorities who have little choice but to propose a local placement which may appropriately provide for a pupil’s needs (after all, it has long been established case law that the local authority is not under a duty to provide the best possible “Rolls Royce” education), but which simply does not measure up to the specialist independent placement on offer at an out of borough school which may be the preferred option for parents. And who can blame parents for wanting the best possible placement for their child? Nevertheless, there was a recognition in the House of Commons Education Committee’s report on SEND that the Department for Education had “set local authorities up to fail by making serious errors both in how it administered money intended for change, and also, until recently, failing to provide extra money when it was needed” (House of Commons Education Committee, Special Educational Needs and Disabilities: First Report of Session 2019, page 12)

So what can be done on a practical level in schools to avoid situations where, as the BBC article highlights, pupils with SEND are excluded before they even receive the support they need? Firstly, there needs to be knowledge and awareness amongst all staff of what SEND is and how learners with additional needs can present in an educational setting. Schools could consider the following:

School leaders have to be satisfied that, in line with the Exclusions Guidance and the SEND Code of Practice, proper consideration has been given to whether pupils who are at risk of exclusion due to their behaviour have or may have special educational needs. A school is unlikely to be able to defend a claim of disability discrimination successfully if it cannot be shown to have taken proper steps to consider and assess the cause of the pupil’s behaviour and made appropriate provision and reasonable adjustments (including to their policies and practices where this is relevant) accordingly.

The COVID-19 pandemic has no doubt exacerbated difficulties that some pupils had prior to the initial lockdown in March this year, and schools should be particularly vigilant in assessing and monitoring how their pupils’ special educational needs and mental health has been affected, adjusting provision as necessary. Teaching staff and senior leaders should be aware that pupils who are working at (or beyond) age related expectations can still have special educational needs or a disability. The presence or absence of a diagnosis is not a determining factor in whether a person meets the test of disability set out in the Equality Act 2010: the Act simply provides that a person is considered to be disabled if they have a physical or mental impairment that has a substantial and long term negative effect on their ability to carry out normal daily activities, which for a pupil will include managing a day in their school setting. Special educational provision that is delivered via an EHCP will not need to be made for all pupils with SEN; often adaptations, intervention and provision can be made by the school without recourse to significant spending or resources, but equally, schools should not shy away from applying for a statutory needs assessment for a pupil once it is clear that the school has exceeded the notional SEN funding and the pupil’s needs still cannot be adequately provided for.

The House of Commons Education Committee’s 2019 report has recognised the national picture of an increasing need for SEND provision both in mainstream and special schools, and the associated funding challenges for schools and local authorities. Incremental increases in SEND funding and a review of the Code of Practice have been promised, but in the meantime schools should ensure that they properly identify learners’ additional needs, consider other practical ways of meeting those needs, and above all, avoid permanent exclusions unless, as the Timpson Review concluded, “nothing else will do”. 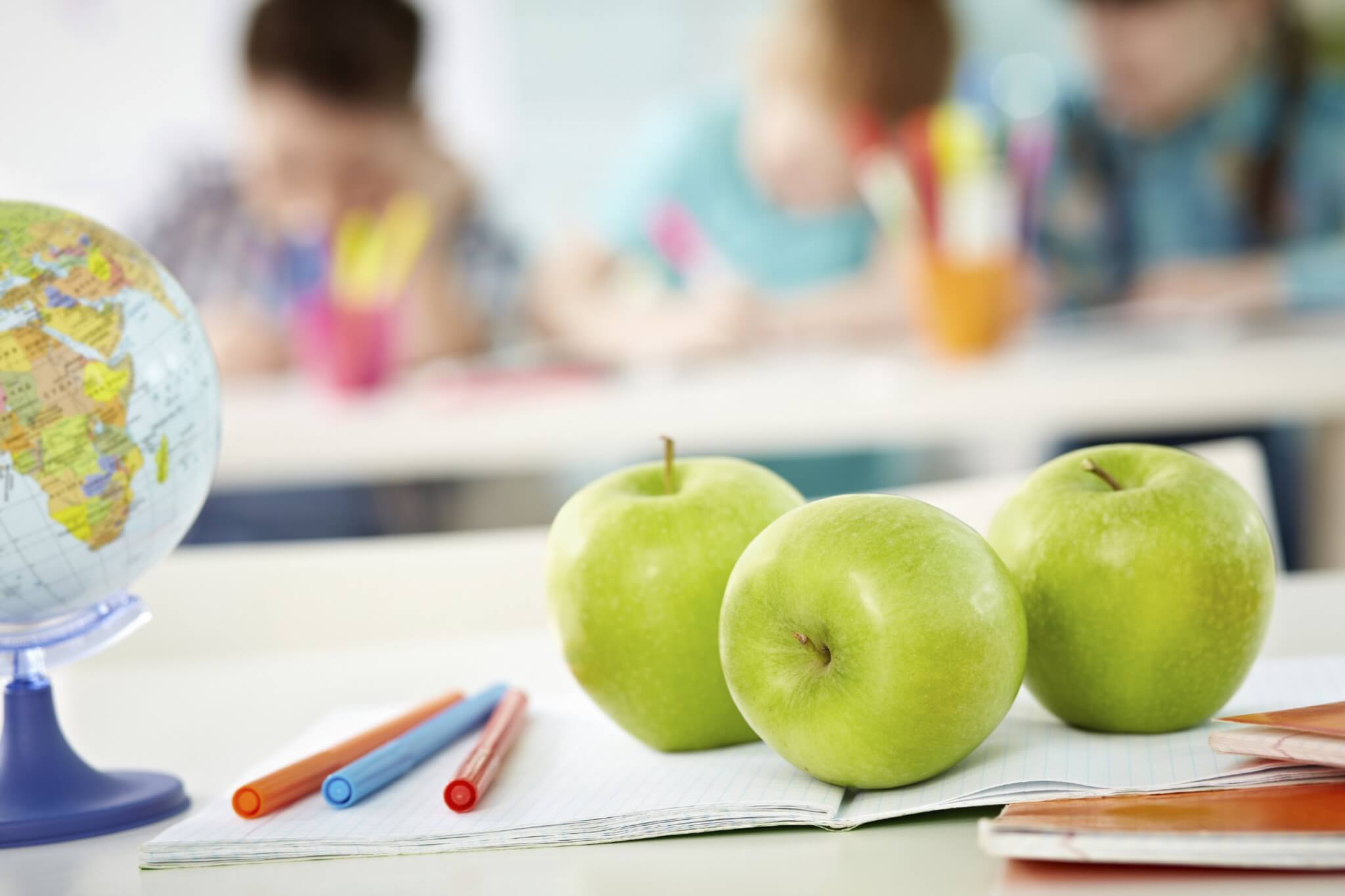