Mistakes can occur in a number of ways when it comes to trusts. In the context of offshore trusts in particular, a simple mistake has the potential to give rise to a hefty and unintended tax liability. Fortunately, there are some routes which enable equity to prevail so as to relieve the trustees of their error. It is possible in some circumstances for the mistake to be rectified and any resulting tax liability removed as if the error never happened.  Several offshore jurisdictions have “trustee friendly” legislation to assist in these circumstances, some of which has recently been tested.

Jersey has seen a number of recent cases involving a trustee mistake which has given rise to an unintended UK tax consequence or where the tax advice received was not correct. The Royal Court of Jersey decision in Re Grundy [2020] JRC 071 demonstrated the flexibility of the remedies available under Jersey law, with a successful application to set aside the exercise of a fiduciary power on grounds of mistake and/or inadequate deliberation. In this case, the Court held that the former trustee’s decision to exclude the settlor’s wife from the trust only had effect during the lifetime of the settlor, and that the exclusion was removed after his lifetime. This preserved the intended beneficial tax treatment behind the decision to exclude the settlor and his wife, but enabled the settlor’s widow to benefit from the trust.

The Jersey Royal Court also heard the application of Re Q [2021] JRC 166, brought by the settlor himself, to set aside the trusts entirely and have them declared void on the grounds of mistaken belief as to the UK tax consequences.

It was found that the settlor’s assumptions as to his domicile amounted to him operating under a mistaken belief when he settled the trusts, for two reasons:

That fact that the settlor had been aware of some risk that his belief may be wrong did not prevent it from being an operative mistake here, although the Court cautioned that this will be a matter of fact and degree and that there would be grey areas in future cases. The Court concluded that if the settlor had received advice at the time of establishing the trusts as to the likelihood of HMRC alleging he had never lost his UK domicile, he would not have settled the trusts, and was thus acting under an operative mistake.

Whilst this decision may appear to give trustees significant leeway to rectify mistakes, it should be noted that the Jersey Court has not always sided with the trustees. In M Settlement [2021] JRC, relief was refused by the Court, which considered it was being asked to substitute “a different transaction for that which was undertaken”. This decision was upheld by the Court of Appeal of Jersey.

In summary, the former Jersey trustees undertook a transaction (with numerous steps involving other trusts) which gave rise to an unintended UK Inheritance tax liability of £500,000. The current trustee sought to set-aside only those parts of the transaction which had given rise to the Inheritance tax charge, namely a share sale agreement and a loan back agreement. They wished to leave intact the transfer of ownership of shares to a wholly owned company as a gift (as to set aside the entire transaction would have given rise to an even greater tax liability). The Court ultimately rejected the application. It held that the Article 47G of the Trusts (Jersey) Law 1984 did not give it the power to rewrite history.  The case was distinguished from Grundy on the basis that there was a material difference between (a) determining the effect that an exercise of a power may have; and (b) changing the nature of the power being exercised.

Whilst the cases of Grundy and Re Q represent the Jersey Courts’ flexibility and willingness to set aside mistakes, both on the part of trustees and the settlor, the case of M Settlement shows that these powers do have their limits.

The Supreme Court’s decision in Pitt v Holt [2013] UKSC 26 remains the leading authority on the equitable jurisdiction to correct trustee mistakes. Compensation received following Mr Pitt’s accident was placed into a discretionary trust for his, his wife’s and their children’s benefit. Upon Mr Pitt’s death, the sum held on trust was liable to Inheritance tax, which could have been avoided had the trust contained a provision that at least half of the settled property applied during Mr Pitt’s lifetime be used for his benefit. Both the advisers and the Court of Protection, which had approved the trust, overlooked the relevant tax liability. HMRC were party to the proceedings and argued that the mistake should not be rectified, and that the Inheritance tax liability remained due.

The Supreme Court granted rescission of the trust on the basis of equitable mistake whilst rejecting the alternative claim under the rule in the earlier case of Re Hastings-Bass, which they limited to cases involving a breach of a trustee duty. The case focused on the seriousness of the mistake at hand, and it was held that “the test will normally be satisfied only when there is a mistake either as to the legal character or nature of a transaction, or as to some matter of fact or law which is basic to the transaction.”

In addition to this avenue, when a tax planning error is made, the settlor (and other affected parties, such as beneficiaries) may bring claims on the basis of variation, rectification of trust documents, and/or professional negligence claims. Rectification of documents can only be awarded if the Court considers that the relevant document is not a true record of the settlor’s intentions. If the Court does agree to rectify a document, then the relevant order will have retrospective effect, meaning that it has the potential to ‘wipe clean’ the unintended tax consequences, as if they never happened.

Due to the powerful nature of the remedy and the potential for it to be abused by trustees as a get out of jail free card, the English Courts have traditionally treated such applications with caution. It is not sufficient to show that there were merely unintended tax consequences, but rather that the substance of the document in question does not achieve the intended effect (Racal v Ashmore [1995] STC 1151).

HMRC have provided guidance in relation to trustees seeking to remedy a mistake and inviting HMRC to be a party to proceedings.  In some cases, the party/ies alleging the mistake may approach HMRC seeking their agreement to ignore the disposition for tax purposes without going to Court. In the absence of a court order, HMRC are unlikely to agree to this and will normally adhere to the tax consequences that flow from the allegedly ‘mistaken’ disposition.

HMRC distinguishes between the three possible scenarios mentioned above, being mistake, rectification (of trustee documents) and the Hastings-Bass rule, the latter has been significantly narrowed following Pitt.

Where a Jersey Court (or a Court of any other offshore jurisdiction) exercises its discretion to rectify a trustee mistake which gave rise to an unintended UK tax consequence, HMRC will not be bound by such an order unless it has been made a party to the proceedings. That being said, it is likely to face difficulty in challenging such an order if, in accordance with the adopted practice, it has been invited to intervene and declined to do so.

Mostyn J stated in AC v DC [2009] EWHC 611 (Ch) that HMRC accepts that an order that is retrospective in principle (like an order for rescission or rectification), will also be retrospective for tax purposes. If it did not accept this, there would be no basis for it applying to be a party to proceedings in the first place, as it did in Pitt and the Guernsey case of HMRC v Gresh [2009] 10 GLR 239.

In recent years particularly, HMRC have shown a general unwillingness to partake in mistake proceedings. 2019 saw a series of these, including Smith v Stanley, ABC v JKL, and Rogge v Rogge, where in each case the claims for rectifying the mistakes were successful.

Offshore trusts have a number of tax benefits for non-UK domiciled individuals, but when assessing the suitability of a jurisdiction for a trust, the legislation relating to mistake should be a factor. Often trusts are intended to last for multiple generations, and so the likelihood that a mistake is made by trustees is increased, particularly with ever changing UK tax rules. 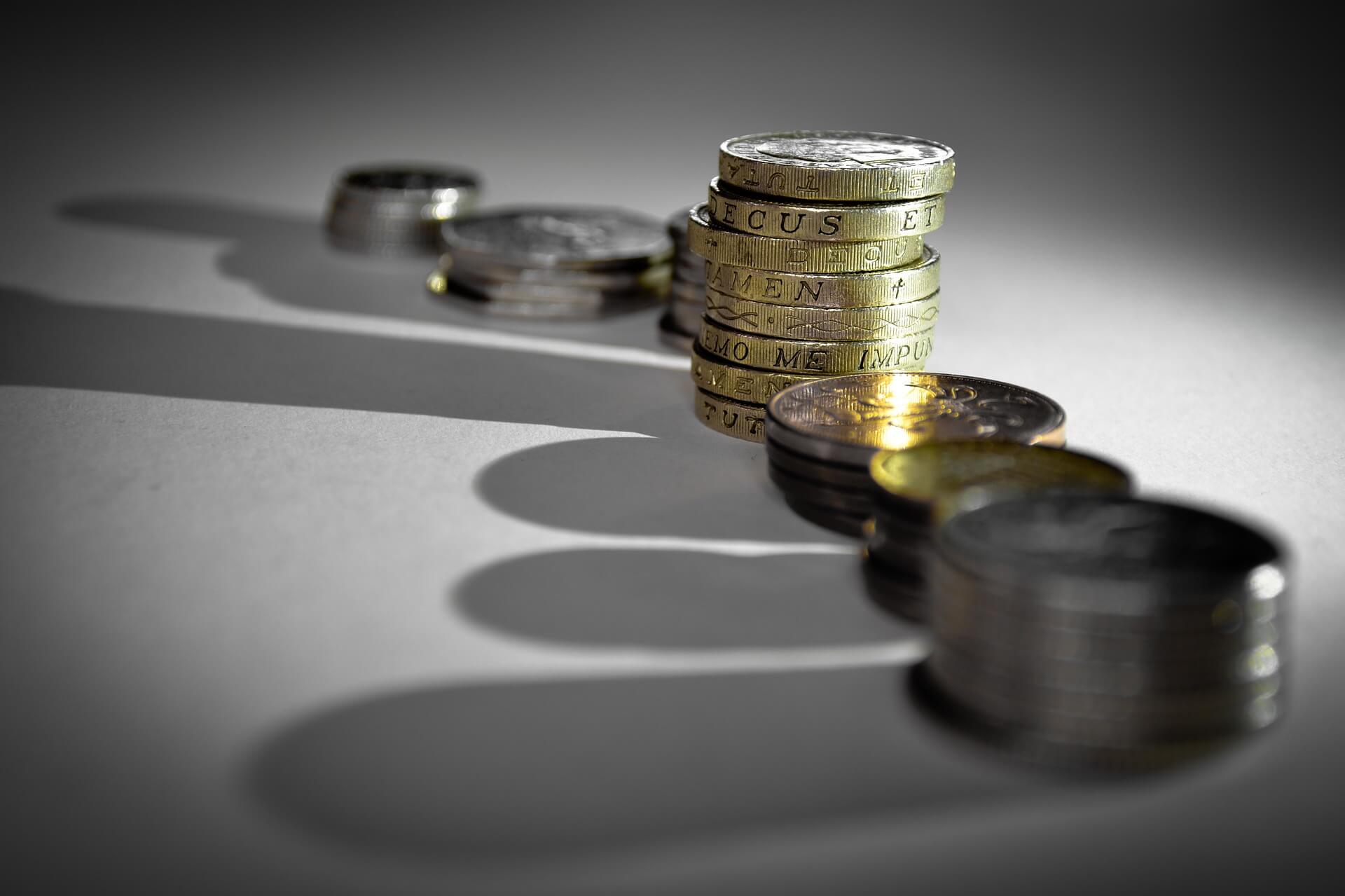 View Back to School and COVID-19