On 20 April this year, Jessie Zammit and James Zammit-Garcia, new parents of baby Elliot, submitted an e-petition to the House of Commons’ online portal calling for 3 months’ extra maternity leave with pay for new mothers due to the Covid-19 pandemic.  Over 226,000 signatories later, on 6 July 2020, the House of Commons Petitions Select Committee issued its report on the effect of the pandemic on maternity and parental leave, taking the petition as the opportunity to consider more broadly how families have been protected through these unprecedented times.

As with so many aspects of life, the experience of carrying, giving birth to and raising a baby has been profoundly impacted by recent events.  While the initial 2 weeks of maternity leave is compulsory for health reasons, the overall allowance of up to 52 weeks’ maternity leave serves a variety of purposes, most notably allowing mothers to enjoy vital time with newborns.  As the petition acknowledged, this aspect has been especially undermined:

‘This time is for bonding and social engaging with other parents and babies through baby groups which are vital for development and now everything has been cancelled’.

The Government’s initial response to the petition was to decline the suggestion of extending maternity leave, citing the relatively generous length of leave compared to other countries globally.  However, having had the matter drawn to its attention, the Petitions Committee not only took a different view, but was much bolder in its recommendations, noting that:

Since initially rejecting the petition’s proposal, the Government has moved to allow employees returning from statutory maternity and paternity leave to benefit from the Coronavirus Job Retention Scheme after the 10 June 2020 cut-off date for new entrants.  However, while welcoming this move, the Petitions Committee also recommended that the Government go further.

Not only did the Petitions Committee fully endorse the proposal for the Government to fund a further 3 months’ paid statutory maternity leave, it suggested that this be extended to include adoption leave and a Maternity Allowance (for those other than employees).  It highlighted that the overall cost of this would be slightly less than £1 billion – a 60th of the overall cost of furloughing many of the nation’s workers between March and October 2020.

The Petitions Committee also received a number of representations from expectant mothers who had been forced to take sick leave or unpaid leave, or begin maternity leave long before they would have liked to, when it was first announced that they were part of an at-risk group in relation to the virus.  In response, the Committee recommended much clearer guidance for employers regarding their obligation to suspend pregnant employees on full pay if the working environment is unsafe.

Maternity Action, a group supporting new mothers, warned the Committee of a ‘new wave of pregnancy and maternity discrimination and redundancies’ following the pandemic.  As has been mooted more generally for discrimination claims in recent years, the Committee recommended that the Government considered extending the time limits for new parents to bring claims in Employment Tribunals from three months to six, given the demands of raising a child.

The attention drawn by this latest petition highlights how there is still much more to do generally regarding protection for new and expectant mothers, irrespective of the extraordinary present circumstances.

In 2016, the Equality and Human Rights Commission found that over three quarters of mothers had a ‘negative or possibly discriminatory experience during pregnancy, maternity leave, and/or on return from maternity leave’.  Since that time, the legal framework around pregnancy and maternity has remained largely unchanged.

Following the publication of the Good Work Plan in 2019, the Government put forward the Pregnancy and Maternity (Redundancy Protection) Bill 2017-19, which sought to extend the ‘protected period’ during which new mothers had specific protection from discrimination, to include an additional six months post-return to work.  However, this did not pass during the session and the Bill is yet to re-appear before Parliament.  The Good Work Plan also proposed up to 12 weeks’ statutory leave for parents with babies in neonatal care, but this is unlikely to be introduced until 2023 at the earliest.

Having been recommended by one of the leading recent reports on the employment market, it remains more likely that these protections and entitlements will be introduced than an overall extension to the maternity leave period of the kind suggested by the petition.  However, the petition has put a welcome spotlight on the difficulties faced by parents at this challenging time.  The onus is now on the Government to consider how the interests of parents and ultimately children can be best protected as the country continues to grapple with the pandemic. 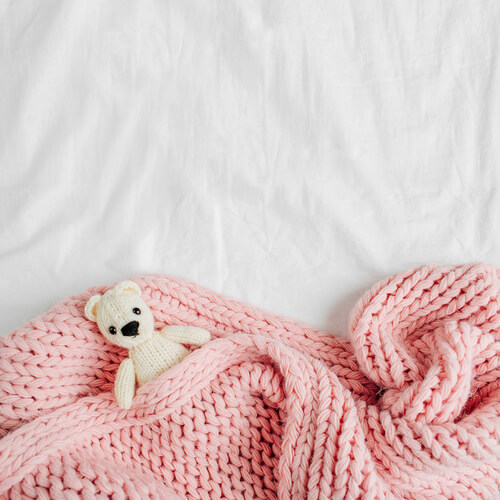 View Can it be a reasonable adjustment for employer to give an undertaking that it will pay a severance package?