The National Security and Investment Act received Royal Assent in April. Its implications for the property sector are still a subject for debate and speculation, but they are significant.

Briefly, the Act enables the government to screen retrospectively and, if necessary, intervene in, acquisitions of land it considers a ‘threat to national security’ – a concept that is not defined by the Act.  It expects to use those powers rarely – mostly, we expect, where hostile state-backed actors seek to purchase sites close to, or which are, sites where sensitive activities are carried out. The Act prescribes 17 sensitive sectors which are viewed as relevant to national security. Deals in these sectors require mandatory notification to BEIS.

This could impinge on a significant proportion of real estate investment in the UK simply because sensitive activities are always carried out on land. Transactions in land per se do not need to be notified, but they remain at risk of being ‘called in’ if the government thinks there could be a threat to national security. Buyers, sellers and owners of land have the option under the Act to make a voluntary notification to BEIS which can essentially pre-clear a transaction and avoid it being called in.

Exactly how the call-in powers will be used requires a statement from the Secretary of State for Business, Energy and Industrial Strategy (BEIS). A revised draft of that statement – known as the ‘Section 3 Statement’ – was published in July, and the government asked for industry views in a consultation which closed at the end of August.

The result of that consultation will be crucial to the property industry if we are to avoid market disruption and transactional delays.

The ability to pre-clear a transaction

As currently drafted, the Statement is a high-level overview of what sorts of acquisition will command government intervention.  The Secretary of State has said he intends to use his powers rarely, but equally these are new regulations without precedent in the UK. Nobody will know from day to day what could be a threat to national security and in the government’s mind. The Act gives the Secretary of State very wide powers where it decides there is a threat to national security which could include unwinding a transaction after it has happened or imposing conditions on it which could be costly. It is not clear how any costs would be met or the extent to which compensation will be available for the effects of such intervention.

With that in mind, the Statement needs more specific guidance for land transactions to avoid confusion and unintended consequences.  Without this, many buyers or sellers of land will choose to ‘pre-clear’ potentially affected transactions under the Act through voluntary notification to BEIS.  Indeed, their secured lenders and financers may insist on it to be sure that the transaction will complete and not be upset down the line.

That could lead to significantly more work than BEIS and its specialist teams are anticipating as buyers and sellers will err on the side of caution if they fear they could be caught out.

Before transactions can happen, additional due diligence of the site and the land and activities carried on it and around it is going to become a standard part of a buyer’s preparation, which threatens to add significant costs to certain types of land and could negatively affect values. Advisers will need to be prepared for their clients’ needs on this.

Being thorough doesn’t need to be onerous, and there are points which the government can include in its updated Statement to provide a much more transparent picture of how the call-in powers will be used.

We need a clearer description of ‘land’ which is not defined.  Examples beyond freehold and leasehold properties would be useful – previous guidance has mentioned rights of way, but what about mineral rights, or areas covered by the sea?

There is also guidance that acquiring land near certain sensitive sites could be considered a risk, but little detail.  Understandably, the government won’t want to tie its hands with a definitive list, but currently it only refers to ‘critical national infrastructure sites or government buildings’.  Specific examples or categories would immediately improve the guidance and remove any subjectivity.  Proximity is also a question – how near is near?  Without a clear answer there is a risk of undermining land values in areas close to sensitive sites, with knock on effects for the broader market.

More guidance on the risk assessment process as applied to land acquisitions is needed. This is to be based on defined risk categories which are looked at together. The statement identifies as a risk, acquirers that are considered potentially dangerous (relatively straightforward) – but it also includes the way a site is to be used or controlled (less so).

We need more detail, as there are day-to-day circumstances under which the government could potentially intervene.  For example, where a landlord plans to operate its own security and surveillance systems on an industrial estate which houses a sensitive site, does that become a risk? Leases give landlords certain controls and rights to enter or forfeit – could these be an issue for sensitive sites?

The government’s intention is that the Act should not interfere with most property transactions, but without more detail buyers will be understandably cautious. After all, how are they supposed to decide what is a threat to national security at any given time? Will they always know if they are close to a sensitive site?

Certainty is a valuable commodity, and unless the government can give it to the industry, then the industry will be proactive in taking it by pre-clearing deals – something which could give BEIS more work than it was anticipating or for which it has resources. That could be very disruptive for the property world. 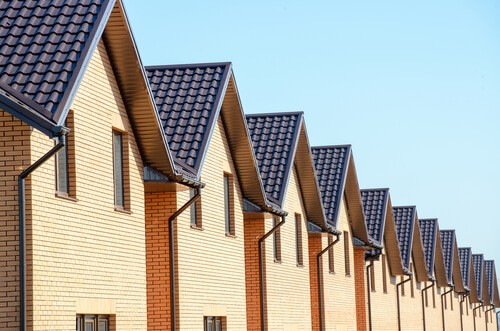