The Claimant in this case, Mr Sethi, is a Sikh and adheres strictly to Kesh, which is the requirement that the hair of the body not be cut.

The Respondent, Elements Personnel Services Ltd, was a specialist agency providing temporary staff for the hospitality industry, predominantly for 5 star hotels working within front of house food and beverage roles.

After applying for employment with the Respondent, the Claimant attended an induction/training session. At this induction/training the Respondent’s policies on various matters were explained and pictures were shown of the dress/appearance standards required. In common with other attendees at the event, the Claimant was asked to, and did, sign a Code of Conduct containing dress code/professional appearance standards and the stipulation: “No beards or goatees are allowed.”

When the Claimant advised the Respondent that he would be unable to cut his beard, he was told that five-star service required all staff to be clean-shaven, and that facial hair was not allowed for “health and safety/hygiene reasons” (although the Respondent ‘s written policy was concerned only with appearance). The Claimant was effectively told that the Respondent would not keep him on the books if he did not shave off his beard.

The Claimant brought a claim in the Employment Tribunal (ET) alleging that the ‘no beards’ policy amounted to indirect discrimination related to his religion, contrary to the Equality Act 2010.

The ET held that the ‘no beards’ policy placed Sikhs generally, and the Claimant, at a particular disadvantage because of the Sikh practice of Kesh. The ET found that, given the importance to Sikhs such as the Claimant of not cutting their facial hair, a ‘no beards’ policy is likely to amount in practice to a ‘no Sikhs policy’.

The ET accepted that it was a legitimate aim for the Respondent to try to comply with its client dress code requirements. However, it considered that the blanket ‘no beards’ policy was not justified as a proportionate means of achieving that aim. There was no evidence that any client of the Respondent had been asked whether they would make an exception for a Sikh worker, and no evidence of what the clients would in fact require when faced with a Sikh worker. In addition, not all the Respondent’s hotel clients had a ‘no beards’ requirement.

While only a first instance ET decision, this case emphasises the need for employers to consider carefully the reasons behind any dress code requirements and when it might be appropriate to deviate from them. Where they disproportionately impact people because, for example, of their religion or gender, they are likely to put up barriers to work and an employer needs to be able to objectively justify such requirements.

The ET in this case concluded that what the Respondent should have done in this case was to accept the Claimant onto its books and then address its clients’ requirements on a case-by-case basis, when a job came up, by seeking an exception for Sikhs who were unable to shave. 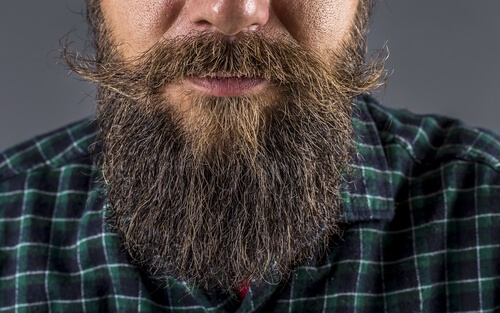