Landlord prevented from allowing flat owner to breach their lease

Flat leases commonly contain a myriad of restrictions such as prohibiting a flat owner from undertaking certain types of alterations entirely such as those that affect the structure, exterior or flooring and requiring consent for more minor works such as those that are internal and non structural. The former can be described as ‘absolute’ and the later ‘conditional’

Flat owners wishing to do something such as make alterations that are caught by such a restriction should then apply for that consent. Of course sometimes this will be overlooked and become an issue when it comes to resale or mortgaging the property.

In cases where there as an absolute restriction landlord is entitled to say “no” without good reason and so, if it is prepared to grant consent in principle, it may attach conditions to this such as payment of a premium. It will not have that ability with a conditional restriction.

Now the Supreme Court has ruled that sometimes a landlord cannot grant consent even where it wants to and so it may lose the ability to generate a profit from this and the flat owner may be frustrated.

In this case a landlord of a block of flats appealed to the Supreme Court to overturn a decision that it could not was not entitled to allow a flat owner to carry out work which would otherwise be prohibited by the terms of the lease of their flat due to the terms of the leases of the other flats.

By way of background the landlord’s freehold interest in the building was subject to nine long lease flats.  The leases were in substantially the same form. Flat owners were subject to a conditional restriction against alteration, improvement or additions and an absolute restriction against cutting into any roofs, walls, ceilings or service media, The landlord was required to enforce restrictions of a similar nature to this.

A flat owner wanted to undertake works that were caught by the absolute restriction as they involved the removal of a portion of a wall. The landlord was willing to grant consent but another flat owner holding two flats in the building objected.

The objecting flat owner obtained a declaration that, the landlord did not have the power had no power to waive the restriction without the consent of all flat owners. That decision was reversed then reinstated by the Court of Appeal. The Supreme Court has now held that the landlord of a block of flats cannot, absent a breach of covenant, grant consent to a flat owner in these circumstances.

This is because being able to prevent the landlord from granting a consent for works that might damage the building was a valuable right which the flat owner would be deprived of if the right to require the landlord to enforce it were only of use if the landlord has not already granted a consent.

It was akin to the other rights benefitting all flat owners that impinged on the ability of the landlord to consent to one of their number to make alterations to their flat; all flat owners enjoyed the benefit of covenants by the landlord for quiet enjoyment of their flat, not to derogate from the rights they enjoyed by virtue of their lease, to protect them against nuisance and to keep the structure of the building in good and substantial repair.

The different treatment of lesser types of alterations underlined this; the fact that the landlord have the ability to grant consent for certain types of alterations (so those that weren’t going to damage the building) without the agreement of all flat owners emphasized that the opposite should apply for works that were the subject of the absolute restriction.

It was implicit that the landlord could not put it out of its power to discharge the obligation to the other flat owners by enforcing the absolute restriction.

So landlords and their tenants, i.e. flat owners, need to consider the terms of the lease carefully before proceeding to reach agreement between themselves and undertake expensive works that might have to be undone. 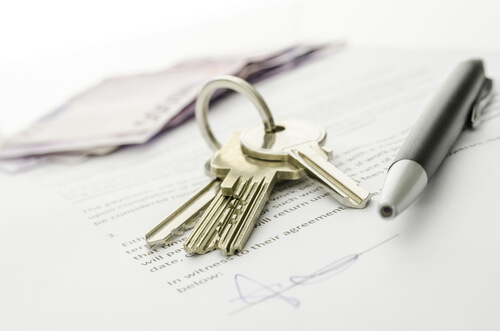