Will Clift explores the recent case of Department of Work and Pensions v Boyers which considers the grounds on which employers can justify disability discrimination in the context of sickness absence dismissals.

Ms Boyers worked for the Department of Work and Pensions (DWP). She suffered from migraines and stress related panic attacks. Ms Boyers complained that she was being bullied and harassed by a colleague, and that this treatment had worsened her health problems. Attempts were made by DWP to resolve these issues but ultimately Ms Boyers was signed off with work related stress and later raised a grievance about how her illness and complaints of bullying and harassment had been dealt with. During this period of absence Ms Boyers worked at a different site for a trial period, but this was not successful. After Ms Boyers had been on sick leave for almost a year, DWP determined that she would be unable to return to work for the foreseeable future and accordingly dismissed her.

Ms Boyers subsequently brought claims for unfair dismissal and discrimination arising from disability, under s.15 of the Equality Act 2010 (the “Act”).

The Tribunal found that Ms Boyers had been unfairly dismissed. The Tribunal held that the process followed by DWP had been unfair in a number of ways including: failing to obtain a medical report from MS Boyers’ GP, failing to apply its own internal procedures, consultation shortcomings and a failure to consider alternatives to dismissal.

The Tribunal accepted that Ms Boyers was disabled, and that she had been dismissed because of something arising in consequence of her disability (namely her sickness absence). The Tribunal then had to determine whether DWP’s actions in dismissing Ms Boyer were a proportionate means of achieving a legitimate aim and were therefore justified under section 15(1)(b) of the Act.

The Tribunal accepted that, in dismissing Ms Boyer, DWP was pursuing the legitimate aims of protecting scarce public resources; and reducing the impact of Ms Boyer’s absence on other employees. However, the Tribunal held that the dismissal was not a proportionate way of pursuing these aims, and relied on a number of procedural failings (see above) in reaching this conclusion.

This case serves as a useful reminder of the correct test for justifying discrimination because of something arising in consequence of a disability. Employers who are considering taking action in respect of a disabled employee should carefully consider whether the action in question is being proposed because of something that is linked to or caused by the employee’s disability (such as long term sickness absence). If this is the case, then the employer should consider:

A good way of testing whether any proposed course of action is proportionate is to ask whether there are any alternative ways of achieving the legitimate aim in question which may have a less detrimental impact on the employee in question. 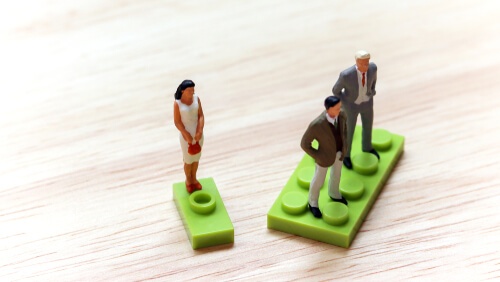