Government’s Announcement of Reforms to Make it Easier and Cheaper for Leaseholders to Buy Their Homes – What Can We Expect Next?

To understand the other reforms that might be made it is helpful to look back at previous government announcements and the Law Commission recommendations.

2018  – the then secretary of state for housing communities and local Government Sashid Javid announced a “crack down on unfair leasehold practices” that would include “new measures announced to cut out unfair and abusive practices within the leasehold system including a ban on leaseholds for almost all new build houses”.  The measures were to include:

As consultation was launched around these issues and the time and cost of obtaining management information from a landlord on the sale of a leasehold unit which closed in November 2018.

In March 2019 a select committee made recommendations that ground rent in new leases be set at £0.

On 27 June 2019 James Brokenshire, the then secretary of state for housing communities and local Government, announced the Government would:

The Government then published its response to the consultation providing more detail around James Brokenshire’s announcement:

Ban on sale of houses via leasehold –

Management information on sale – reasonable fee of up to £200 to provide industry standard LPE1 replies.  Up to £50 plus VAT to update replies.

It remains for legislation to be introduced in this regard.

The Law Commission issued its “report on options to reduce the price payable” on 9 January 2020 which is available at www.lawcomm.gov.uk/project/leasehold-enfranchisement/.

Their terms of reference were “to examine the options to reduce the premium (price) payable by existing and future leaseholders to enfranchise whilst ensuring compensation is paid to landlords to reflect their legitimate property interests”.

They put forward three alternative options for the valuation framework.  As the Government has recently announced marriage value will not be payable it seems likely that scheme 1 is to be implemented with one or more of the sub options;

Under scheme 2 in addition a proportion of “marriage value” is payable and so it is a halfway house – this portion is based on what a buyer of the freehold would pay for the prospect that a flat owner might have to pay by way of marriage value in future.  Of course if marriage value is being abolished then how can there be hope of that which leaves scheme 1.

In the example given in the Law Commission’s summary document (P17) the premium was reduced from circa £16.5k to circa £9k under scheme 1 and £10.6k under scheme 2.

The calculation of the value of the remaining parts of the premium namely the term and reversion rely on a capitalisation rate and deferment rate respectively.  So the former is used to calculate the sum that would currently represent the value of the ground rent income stream to be lost and the latter to reflect the fact that instead of receiving the benefit of vacant possession of the property in the future the landlord will receive money compensation now.

By changing those rates the level of premium can be reduced.  Only a small change is needed to make a big difference in the premium payable; In the example given in the summary (P18) a 1% movement in favour of the leaseholder in respect of each of these rates would produce a saving to the leaseholder of broadly speaking 20%.  Moving them in the other direction by the same amount has a broadly similar upward effect on the premium.

The amount of ground rent taken into account when compensating the landlord for the loss of that income stream may be capped to exclude the element above that set by the Government as “onerous” which may be set at 0.1% of the freehold value of the property.  This could have a strong effect on premia; the example given in the report with a ground rent of £300 per annum doubling every 10 years for example would experience a reduction in the premium payable from circa £79.5k to approximately £6.2k.

Development value which is most commonly payable by a group of leaseholders collectively acquiring their freehold i.e. to reflect the value of building further floors or flats on top of the existing block can be a significant element of the premium.  The Government has indicated they will enable leaseholders to avoid paying this where they are prepared to accept a restriction on future development instead.

Differential pricing for different types of leaseholder i.e. by reducing the premium payable by owner occupiers – the Government made no mention of this in its press release but that doesn’t close off entirely the possibility of the detail around their proposals including this.  They might attach this pre-condition to marriage value being disapplied and/or the application of preferential rates so as to head off the risk of a human rights challenge by landlords.

The Government’s response with regard to the Law Commission’s other reports around common-hold, enfranchisement and the right to manage are awaited.  Their latest press release makes clear their intentions around common-hold namely that it is to be reformed with a view to widespread take up. 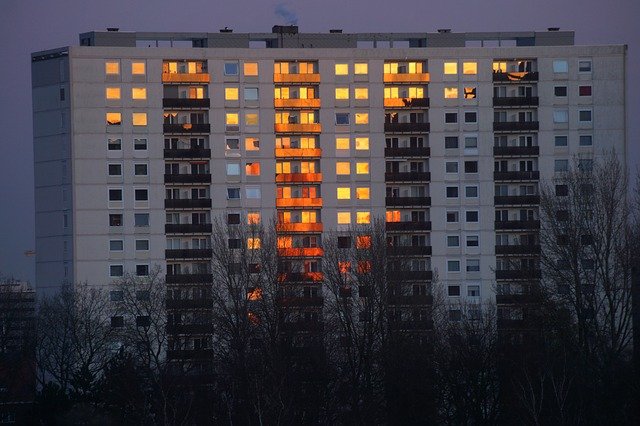 View Modifying Restrictive Covenants: Not Always in the Public Interest?