Discrimination arising from a disability

Kyriakoula Lemos looks at the case of Robinson v Department for Work and Pensions where the Court of Appeal held that, in a discrimination arising from a disability claim, the focus must be on the reasons for unfavourable treatment.

Mrs Robinson worked at the Department for Work and Pensions (“DWP”) from 1992 to 2019 as an Administrative Officer.  Part of her role was computer based and required her to use specialist debt management software.  Ms Robinson suffered from blurred vision amounting to a disability which was exacerbated by the need to use this particular software in her role.  She required screen magnification software; however, it was not compatible with the system she used.

After a series of unsuccessful attempts by the DWP to improve Ms Robinson’s working conditions, she brought grievances in relation to the delay in implementing the required adjustments.  While investigating the grievances, the DWP removed her from her existing role and placed her into another part of the same department in a new ‘paper based’ role at the same pay grade.

When the specialist software could not be adapted, Ms Robinson brought claims against the DWP for discrimination ‘arising from’ a disability and failure to make reasonable adjustments.  A claim for discrimination arising from a disability occurs where the employer treats the employee unfavourably because of something arising in consequence of the employee’s disability and this treatment cannot be objectively justified. The Claimant claimed that she had suffered unfavourable treatment (e.g. a delay in dealing with her grievance) as a consequence of her disability, namely her inability to use the normal computer hardware and software provided by the DWP.

The Employment Tribunal held that the DWP had made all possible reasonable adjustments, but that Ms Robinson had been treated unfavourably in the way in which DWP had dealt with her grievance and its delay in finding a technical solution to her problems. The DWP successfully appealed to the Employment Appeals Tribunal (“EAT”) which substituted a finding that Ms Robinson had not been discriminated against. She subsequently appealed to the Court of Appeal.

The Court of Appeal approved the decision of the EAT which had held that an incorrect approach to causation under s. 15 Equality Act 2010 was the problem with the Tribunal’s decision.

It found that under s. 15 discrimination, for something “arising from” a disability the motivation of the alleged discriminator is relevant.  The Employment Tribunal is therefore required to look at the thought process of the decision maker.  The Court of Appeal highlighted in particular a Claimant may not simply argue that “but for” the disability they would have not been in the situation complained of.

Applying these principles to the facts, the Court of Appeal held that removing Ms Robinson from her existing role into another part of the department in the new paper based role at the same pay grade was entirely reasonable and proportionate given the problems being caused by the software. Further, the delay in dealing with her grievance and other issues complained about by the Claimant, while detrimental to her, were not because of her disability or the symptoms arising from it.  The important factor to consider was the mind-set of the relevant manager and their motivations and here the delay in dealing with her grievance was not as a consequence of her disability.

This case provides clarification in respect of the legal test for discrimination arising from disability.  Previous case law had left the particular issue relating to the ‘but for’ test up in the air and this case confirms that Tribunals must look at the reasons for, and intentions of, any less favourable or unfavourable treatment, rather than whether such treatment would have occurred ‘but for’ a disability alone.

Employers should carefully consider an employee’s disability before taking any step or action and ensure that any action taken is reasonable and proportionate in the circumstances.  Concerns should also be dealt with in a timely manner and any issues arising in respect of making reasonable adjustments should be discussed with the employee. 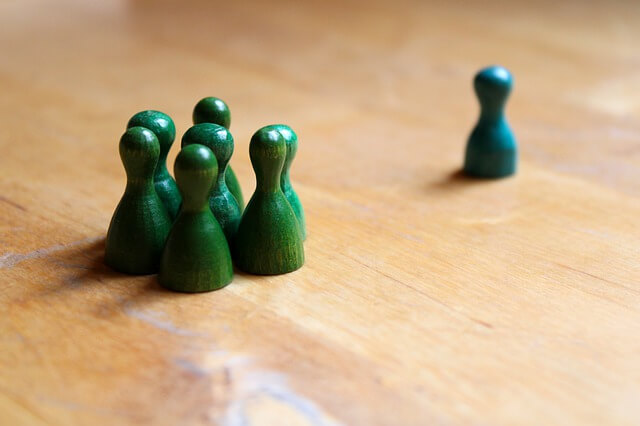