The government has published important further information in respect of the Coronavirus Job Retention Scheme (the ‘CJRS’), in the form of:

Whilst the Treasury Direction and the updated guidance do address some key issues (outlined below), a number of matters remain unclear and would benefit from further clarity. However, the Treasury Direction amounts to law as it has been made under the Coronavirus Act 2020, so amounts to the most comprehensive set of rules now available in respect of the CJRS – albeit, it may still be subject to further amendment. 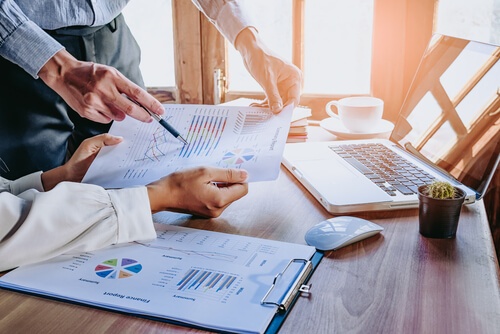 Purpose of the CJRS

The government has clarified that the purpose of the CJRS is to provide for payments to be made in respect of the costs of employment in respect of furloughed employees arising from the health, social and economic emergency resulting from coronavirus. This suggests that the purpose is quite broad and not limited to only those employees who would otherwise have been made redundant.

However, the Treasury Direction emphasises that claims must not be abusive or for any reason contrary to the exceptional purpose of the scheme.

The Treasury Direction will allow employers to claim under the CJRS where they had a PAYE scheme registered on HMRC’s real time information (‘RTI’) system on 19 March 2020 – previously the cut off date was 28 February 2020.

One claim must be made per payroll, however the Treasury Direction contains expanded provisions allowing for PAYE scheme reorganisations within employers.

The government has extended the eligibility date under the CJRS, so that eligible employers can now potentially submit claims for furloughed employees who were on their PAYE payroll and were notified to HMRC on a RTI submission on or before 19 March 2020. On the face of it, this extends the previous qualification date from 28 February 2020. However, employees who started work with their employer in late February or early March may not have been included in an RTI submission to HMRC until the end of March, when their pay was processed for the first time; and if that submission occurred after 19 March, they will not be covered by the scheme.

Qualifying employees – who is furloughed?

The government guidance indicates that it would be sufficient for an employer to notify an employee in writing, of their furloughed status. However, the Treasury Direction is inconsistent with this position and raises the bar, as it requires that the employer and employee “have agreed in writing” that the employee will cease all work in relation to their employment (although that agreement may be by email).

This wording in the Treasury Direction now suggests that employers may be expected to obtain an employee’s positive agreement, in writing; and this raises real questions about how employers should manage and evidence the fact of that agreement (particularly given social distancing rules and the fact that some employees may not regularly use email). Employers should therefore review existing correspondence and other written records, and could strengthen their position by creating further records and correspondence seeking express agreement from employees in electronic form, although the logistics of this could be extremely difficult.

In any event, employers must produce and retain (for at least five years) copies of records and written correspondence with employees which they rely on as recording the agreement to furlough.

The Treasury Direction reinforces previous guidance that only “regular” pay is reimbursable, and that performance related pay, pay that is “conditional on any matter” or discretionary pay are not reimbursable. However, it provides for exceptions where such pay arises from a legally enforceable agreement, understanding, scheme, transaction or series of transactions. This would appear to cover variable pay that relates to piece work, as well as elements of pay such as overtime, premiums and allowances.

The new rules confirm that employers may furlough employees who are on long-term sick leave, but must not do so solely because they have taken sick leave or are in self isolation. However, in a further inconsistency with the existing guidance, the Treasury Direction directs that for any employee who is on a pre-existing period of sick leave for which SSP is “payable or liable to be payable”, that period of SSP (or SSP eligibility) must end before the period of furlough may commence.

In short, it is possible to claim back both under the CJRS and the SSP rebate scheme for the same employee, but not for the same period. The same is true for other statutory pay.

The Treasury Direction has confirmed that directors of a company who have been furloughed (and therefore not permitted to work), are nonetheless permitted to undertake work in order to fulfil their duties or obligations under statute, in relation to the filing of company accounts or the provision of other information relating to the administration of the company.

The Treasury Direction also now confirms that a new employer is eligible to claim under the CJRS in respect of the employees of a previous business transferred after 19 March 2020, if either the TUPE or PAYE business succession rules apply to the change in ownership. However, the rules and interplay between the relevant dates are complex, so employers should carefully assess their particular circumstances.

The rules have confirmed that foreign nationals and employees on all categories of visas are eligible to be furloughed. They have also clarified that grants under the CJRS are not counted as ‘access to public funds’ and therefore employees on certain work visas will not be regarded as breaching their visa conditions if they receive funds under the CJRS.

Finally, the government has emphasised that the employer must pay the entire grant to the employee. The grant cannot be used to reduce the wages below the amount of the grant, for example, by deducting administration charges, fees or other costs in connection with the employment.