On 4 April, the Government updated its guidance on the Coronavirus Job Retention Scheme (Scheme), providing some further clarification for employers about the scope and application of the Scheme.  However, there is still much uncertainty and it is likely that several updates to the guidance will be needed before employers can fully understand all aspects of the operation of the scheme. 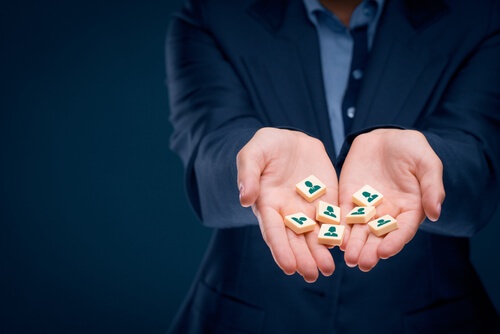 Employees who have to stay at home

Alternative work whilst on furlough

The Government has confirmed that employees can undertake alternative work for other employers whilst they are on furlough leave, and that this will not affect their entitlement to a grant under the Scheme.  However, this remains subject to the employment contract – if an employee’s contract prevents them from carrying out alternative paid work, they will still have to seek permission from their employer before they can begin a new role.

Employees can be placed on furlough leave by one employer, whilst continuing to work for another.

Staff whose employment has ended

Employers can choose to re-employ and subsequently furlough any members of staff whose employment has come to an end (for any reason) since 28 February 2020. This would  include employees who have been made redundant, as well as those who have resigned.  For employers, that may only be desirable if it considers that they will not have to be dismissed again in the near future.  If re-engaged, an employee may be entitled to retain any statutory redundancy pay already received.

Members of staff must be provided with written notification that they have been placed on furlough leave and employers must retain this documentation for five years.

Who can be furloughed?

There was previously some uncertainty about the eligibility for the Scheme of certain workers and employees. The Government has now confirmed that the following types of employees and workers can be furloughed:

Any decision to furlough directors or LLP members should be documented as a formal decision of the board or appropriate decision-making body.

Can you furlough an employee more than once?

Employees can be furloughed multiple times, but each separate instance must be for a minimum period of three consecutive weeks.

How will the grant be calculated?

The Government has confirmed that the grant (which, by way of reminder, is for 80% of an employee’s regular monthly wage costs, capped at £2,500) will be calculated based on an employee’s regular contractual pay, such as wages, compulsory commission, and past overtime.  This includes any contractual pay that the employee is receiving while on maternity, adoption, paternity or shared parental leave.  Discretionary commission payments (including tips), bonuses and non-cash benefits in kind will not be included.  The employer can also claim for the associated Employer National Insurance contributions and minimum automatic enrolment employer pension contributions on the wage costs.

The guidance also makes it clear that the cost of any benefits (including any salary sacrifice) should not be included when calculating the level of pay that an employee is entitled to under the Scheme, and that any benefits provided to furloughed employees must be in addition to the wages that are required to be paid under the Scheme.