Our School Support Service team receives many queries from members during and after Ofsted inspections, seeking advice on how to challenge the accuracy of reports and findings made.

This note aims to provide an overview of what action can be taken by schools in these circumstances.

The action a school can take to prepare for an inspection in the limited time available will depend on the type of school.  For example, independent schools and, to a large extent, academies, are subject to the Education (Independent School Standards) (England) Regulations 2014, and it is these standards which they will be inspected against in contrast to maintained schools, along with other legislation and the Ofsted inspection framework.

A good place to start is guidance published by the government in relation to the inspection regime, which can be accessed here.  In addition, further guidance about the standards is available here.

Providing a long list of the areas which will be inspected is beyond the scope of this note, however particular attention should be paid to the school’s safeguarding policies and procedures, and the school’s record of all safeguarding matters encountered and how they were dealt with.  Schools should ensure that these records are thorough, up-to-date and kept in an orderly manner.

It is important that any issues arising during an inspection are raised with the lead inspector at the time.  If the lead inspector is unable or unwilling to listen to the school’s concern, schools are able to contact Ofsted by telephoning their helpline on 0300 123 1231 (8.00 a.m. to 6.00 p.m. Monday to Friday) and asking to speak to a Senior Manager.

In many cases, it is better to raise concerns during the inspection (i.e. before conclusions have been reached and the draft report prepared) as it will inevitably be more difficult to persuade an inspector to amend their draft report after it has been prepared and submitted for comment.

When the draft report is received, usually within 18 working days of the end of the inspection, schools will be issued with a letter explaining how issues with it can be raised before the school receives the final report and the timescales for doing so.

Schools therefore need to be ready to make representations about any factual inaccuracies found as soon as the draft report is received, with the aim of having these properly considered before the report is finalised and published.   Please note that this is separate to the formal complaints process which can only be triggered once the school is in receipt of the final inspection report.

On some occasions, challenging factual inaccuracies, particularly with supporting documentation, may lead to judgement in some areas being reviewed.  Although it is rare for the overall judgement to be upgraded, it is nevertheless possible, and this is therefore an important part of the process for schools.

A formal complaint can be made to Ofsted about:

The complaint must be submitted via an online form on Ofsted’s website within 5 working days[1] of the final report being sent, rather than by sending a letter to Ofsted, however detailed.  If the published complaints process is not followed, Ofsted will not treat representations made in a letter as a formal complaint made within the specified time limit.  Ofsted will not normally accept any formal complaint submissions before the final report has been sent. The online form can be accessed here. Ofsted will only accept a complaint from the most senior leader in the provision, or the individual named in the inspection report as the responsible person (or their representative).

A substantive response in writing should be received from Ofsted within 30 working days.  Publication of the final report will be withheld while a complaint is being considered, as long as it has been received on time.

Where schools are unhappy with Ofsted’s response, they can request an internal review of the complaint by making an online request within 15 working days from the date that the original complaint response letter was received.  The online form can be accessed here.

A “scrutiny panel” will independently review the handling of the school’s complaint. They will inform the school of the outcome within 30 working days of the request for a review, which concludes Ofsted’s own complaints procedure. Ofsted will not normally withdraw a published inspection report while it considers a request for an internal review and its complaints policy says that a previously withheld report will normally be published “soon” after sending the school its response to the formal complaint.

Complaints to the Iindependant Complaints Ajudication Service for Ofsted (ICASO)

Where schools are unhappy with the outcome of their complaint under Ofsted’s own complaints procedure, they can complain to the Independent Complaints Adjudication Service for Ofsted (“ICASO”), whose website can be accessed here. Complaints to ICASO must be made within 3 months of the date on Ofsted’s written response to the internal review.

Independent schools and academies are also able to complain about Ofsted to the Parliamentary and Health Service Ombudsmen, whose website can be accessed here.

Again, the ombudsman does not have the power to change an Ofsted judgement, even where failings are found to exist.

As maintained schools are not private organisations, they are unable to complain to the ombudsman.

Where schools believe that Ofsted have acted unlawfully, irrationally or with procedural impropriety, they can consider bringing court proceedings for judicial review of the inspection process, report and judgement.  Schools may also wish to consider applying for an injunction if they are unhappy with Ofsted’s response to the formal complaint (i.e. before the internal review process) if it wishes to prevent the report from being published.

Permission must first be obtained from the court in order to bring judicial review proceedings, and the time limit for issuing a claim is promptly and in any event within three months.

Judicial review proceedings are complex and the legal and court costs involved are substantial.  Schools wishing to consider this option should contact our School Support Service team promptly for initial advice.

For further information, please speak to a member of our School Support Service team on 0345 070 7437, or send an email to schoolsupport@wslaw.co.uk.

[1] Ofsted consider a “working day” to be any weekday that is not a public holiday, not a day that the education provider may operate. 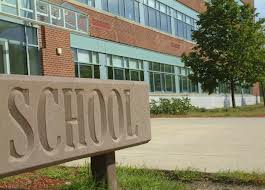 View The Covid Effect: Behaviour Issues Linked to Covid-19 and SEND and the implications for Schools