In Budget 2020 (11 March 2020), it was announced that the Government will introduce a 2% surcharge on non-UK residents purchasing residential property in England and Northern Ireland with effect from 1 April 2021.

This new SDLT surcharge is not unexpected –it was first mooted in the Autumn 2018 Budget, and there was a subsequent consultation which started in February 2019 (and which concluded in May 2019). The measure was also the subject of a Conservative Party pledge in General Election 2019.

The draft legislation is yet to be published but there are some important clues as to the detail in the February 2019 consultation paper.  In Budget 2020, the HM Treasury’s overview paper noted that where contracts are exchanged before the Budget day of 11 March 2020 but complete or substantially performed after 1 April 2021 then transitional rules may apply subject to conditions.  Under previous changes in SDLT law, the legislation would usually protect pre-Budget contracts from being caught by the new Budget measures, subject to quite draconian rules which apply the new measures on any variation of the original contract. Until there is greater certainty of the intended transitional rules, the safest approach would be to not make any changes to an existing contract. Given the time lag to 1 April 2021, we can expect that there will be an uptick of transactions to purchase real estate properties prior to the implementation of the new SDLT surcharge on that date. This additional SDLT charge is likely to be of concern to owners of large scale development projects, where there is often a significant lead time

between the payments of deposits and actual sale completions (and where ‘off plan’ deposit funding by overseas buyers are a key part of a development’s cash flows) – it may be the case that there will be an incentive to restructure such sales, with a view to accelerate transactions prior to 1 April 2021. However, the devil will be in the detail of the yet to be published legislation and steering clear of avoidance arrangements should always be a priority for a developer and their clients.

Naturally, this new SDLT surcharge has been greeted with dismay from some industry players.  After all, this new surcharge will mean that the top rate of SDLT for some non-resident buyers will be high as 17% (when the SDLT surcharge of 3% for second homes is taken into account).

However, it is also important to remember the key non-tax factors which motivate overseas buyers, and indeed which have been important drivers to the surge in UK inward residential real estate investment for the best part of the last decade.  The UK’s reputation as a safe investment harbour and a reliable legal jurisdiction remains highly relevant today. As we saw when the UK direct tax rules were changed in 2016 and, again, in 2019 (so as to bring non-UK residents within the UK income/corporation tax and CGT net), commercial attractions trumped these new UK tax charges when investment decision are made – notably decent capital growth and sound income yields (afforded, in part, by the UK’s quite advantageous demographic profile) saw continued foreign interest in the UK real estate market.

The information set out in this press release is not intended to provide legal advice. We recommend that specialist legal or professional advice is sought where necessary. 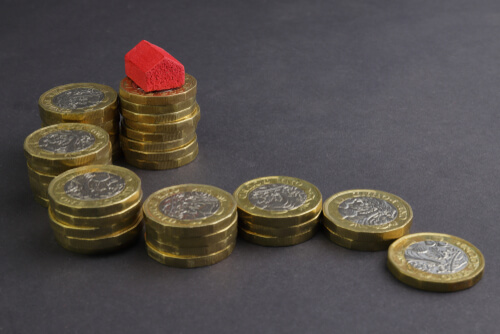